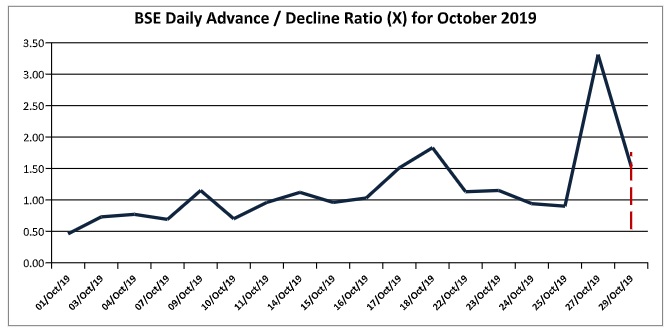 During the current year, the Sensex scaled 40,000 twice in the last 6 months. 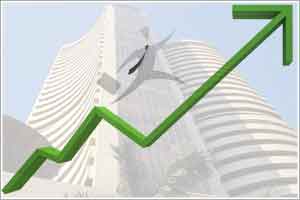 When the Sensex scaled the 40,000 mark once again on the third trading day of Samvat 2076, the debate is back to sustainability. During the current year, the Sensex scaled 40,000 twice in the last 6 months. It first scaled 40,000 on the day of the vote counting and then again on the Union Budget day on July 05, 2019. However, post the Union Budget the correction was sharp due to announcements like the buyback tax, higher surcharge on FPIs and higher threshold for public shareholding.

How different is 40,000 Sensex, this time around? The legendary John Templeton once said that “The most dangerous conviction in stock markets is that this time it is different”. However, there are some strong reasons that do favour the Sensex sustaining above the 40,000 mark in its latest run post the Muhurat Trading.

Negative announcements have been rolled back
If the Union Budget had some badly designed measures, it must be said to the credit of the government that it has been quick to learn and roll back. For example, the decision to increase public shareholding to 35% has been shelved. The buyback tax still remains but the government did well to clarify that buybacks announced up to July 05, 2019 will be exempt. Also, the higher surcharge was rolled back for capital gains to keep the FPIs happy. Now the government is seriously considering scrapping DDT on dividends and that would also make the buyback tax redundant. The rollbacks may have set the tone for better post tax returns.

Big bang tax reforms will start to show results
The tax cuts announced by the government for corporates were much bigger than expected. The government cut corporate tax rates from 30% to 22% for Indian companies. The actual tax reduction is nearly 9.77% if the impact of surcharge and cess is also considered. In addition, the government also offered new manufacturing units a concessional rate of tax of just 15%. The icing on the cake is that in the new tax regime there will be no MAT charged. However, companies will have to forego all other exemptions.

This is positive for markets in two ways. Firstly, these tax cuts will have a net impact of Rs145,000cr ($20 billion). That will be the total positive impact on the profits of corporate India. The second impact is more significant. Post the tax cut announcement, the Nifty did not really show any substantial rally other than the day of the announcement. What this means is that the $20 billion accretion to profits has made the markets a lot cheaper and the risk of growth slowdown in the near future is factored in. So, earnings de-ratings may not be a major risk any longer.

Slowdown is really not as bad as it is made out to be
It is said that every slowdown is an opportunity for companies to reinvent. An auto company that does not innovate will face a slowdown but in the midst of this slowdown, Morrison Garages and Kia are overbooked for their cars. We are talking about a slowdown in consumption but companies like Asian Paints and Berger are close to their highs as they have made strategic inroads into decorative paints and home solutions. In the midst of the slowdown, the sales volumes may have taken a hit but profits are better in most cases.

Global cues are giving room for hope
For a long time, Indian markets were held hostage to the global uncertainties. That could be changing. The US is showing keenness to bring the trade war to an end as its farm exports and growth are getting hit. China has already initiated a series of stimulus measures to make up for lower growth in industry. Above all, the relatively intractable BREXIT issue is also moving towards resolution. With EU giving UK time till January 31, 2020 for BREXIT and elections to be held in UK on December 12, 2019, BREXIT may be less of a complication.

You can rely on the A/D ratio trend
Is the 40,000 Sensex really different this time around? One of the best ways to answer this question is through the advance decline ratio trend.

The A/D ratio clearly indicates a sharp positive turnaround in the market. The BSE is a lot more broad-based so you have an A/D indicator which also hints at broader participation by mid caps and small caps. That has proven to be a lot more sustainable for any rally in the past.

You obviously cannot rule out occasional bouts of volatility and dips below the 40,000 mark. But the good news is that; this time it is actually different. Here is raising a toast to the Sensex!