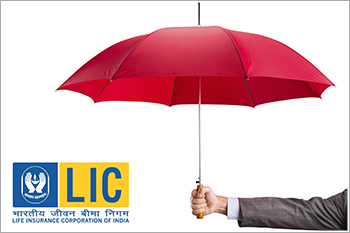 Seven things that could happen to LIC post its IPO

Here are seven things that could change post the LIC IPO.

The big news in the Union Budget 2020 was the decision to sell part stake in LIC. For over 60 years, LIC has enjoyed a formidable reputation as an insurer and also as an investor, especially in equities. But with 100% government ownership, little was known about the functioning of LIC, outside the ramparts of Yogakshema. That could change post the IPO, meaningfully if not substantially. Here are seven things that could change post the LIC IPO.

Will the sovereign guarantee on LIC policies continue?
Section 37 of the LIC Act stipulates that all policies issued by the LIC have an implicit guarantee of the government of India. However, the extent of the potential liability was not accounted for anywhere. In her post-budget explanations, Nirmala Sitharaman has clarified that the sovereign guarantee would continue but that raises a number of questions. For example, once LIC is listed it will have to adhere to the listing requirements pertaining to quarterly announcement of results and disclosure of contingent liabilities. Once privatized, the government will also expect to be partially compensated for its sovereign guarantee. These issues will have to be addressed.

Will LIC undertake a restructuring of its portfolio?
That is a billion dollar question. Over the years, LIC has built a legacy portfolio of stocks, both good and bad. However, with the Sensex traversing from 100 to 42,000 since 1979, LIC has seen its portfolio value grow exponentially without much effort. With private ownership, LIC may have to think more like a portfolio manager and be more businesslike with its portfolio. It would be interesting to see the impact on stocks where LIC decides to exit its holdings.

Will directed investments still be a part of LIC’s approach?
There is no gain saying that LIC has time and again stood up to support the government divestment program. For example, when 5% ONGC OFS in 2012 did not elicit response, LIC chipped in with 90% of the OFS in its books. Since then, LIC has been bailing out the government in many such issues. Will such directed investments continue, remains to be seen!

Greater transparency with independent directors on the board
Today, the directors on the board of LIC are essentially government nominees. With 10% stake sale (as planned by the government) and an exchange listing, there will have to be greater transparency, accountability including infusion of independent directors. LIC has largely been a closed organization and it remains to be seen how much of a difference the listing will make to transparency.

LIC will still be a formidable player in equities
That is unlikely to change in a hurry. In fiscal 2019, LIC invested close to Rs70,000cr into equities when FPIs were predominantly sellers in the aftermath of the IL&FS crisis. Even during 2019-20, LIC is expected to invest close to Rs75,000cr in Indian equities, slightly more than what all the FPIs will invest. To an extent, the practice of LIC supporting the market in the midst of selling has worked in its favour. Whether this approach will continue is uncertain, but LIC will continue to be a formidable counterweight to the clout of FPIs.

Big question mark over bad loans
Recently, there were reports in the press that LIC had NPAs to the extent of 6.2%, which is extremely high by LIC’s historical standards. The LIC management has limited itself to stating that as a percentage of its overall asset base, the NPAs are well below 1%. But, that is not the way banks and other financiers look at NPAs. The percentage of NPAs is always linked to the quantum of loans given and not to the equity and G-Sec assets of the company. Listing of LIC will entail a lot more transparency on the NPA  front.

Transparency could be the big shift for LIC post listing and that really will depend on how much room the government is willing to yield.