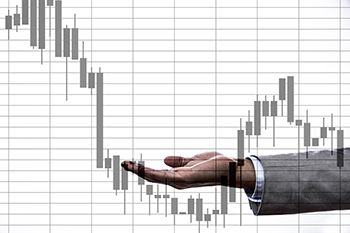 The Nifty has approached the oversold zone after correcting 15% over the past eight weeks. Hence, we believe the index could undergo a trend reversal process. Hence, as long as the index remains above 10,000 on a closing basis, it will eventually head towards 10,600 in the coming days. So, the market is expected to move in a range between 10,000 and 10,630. Why?

A downward breakthrough of the 9,950-9,930 level can intensify the selling pressure and drag the index down to the next support at 9,800 or 9,500 levels in the short term.

Further, the positions built on Nifty call and put options expiring on November 29 show that the market gets major support at 10,000 (High put OI) and faces resistance at 10,700 (High call OI). This means that the Nifty has the potential of initially rising by 3% from Wednesday’s close of 10,386. Hence, any dip should be used as an incremental buying opportunity with support of the 10,000 level that would aid the Nifty to challenge a high call OI of 10,700.

As long as the index trades below 10,700, the medium-term trend has been down for the index. Why?
So, a strong rally beyond the key immediate resistance level of 10,700 is required to alter the medium-term downtrend and take the index higher to 11,000 or 11,200 levels.


Which indicator should we watch for to know medium-term trend reversal?

What is the best option strategy at the moment?