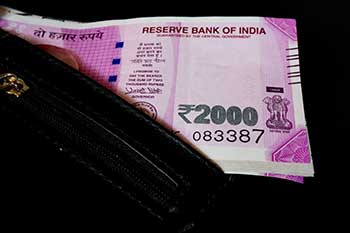 By now it is amply clear that the process of remonetising India is going to be long drawn out and may not bring back the entire Rs 15.44 lakh crore of junked currency.

The government is of the view that squeezing money supply is necessary to carry forward the scheme put into motion on November 8. Finance Minister Arun Jaitley has gone on record to say this and pointed out that the country is headed towards a “new normal” after decades of high cash-to-GDP ratios.

The narrative has been subtly changed in the weeks after Prime Minister Narendra Modi administered what is effectively a massive anti-stimulus for the Indian economy. It is not yet clear as to what the Reserve Bank of India (RBI) has to say on the government’s intentions to further squeeze currency supply. In addition, the sudden curbs on the deposits of old money have aggravated public sentiment - seen as they are as an unfair, last minute breach of the promise to allow unfettered deposits by the Prime Minister himself.

With deposits of old currency notes expected to have already crossed Rs 14 lakh crore, it remains to be seen as to how much of the total demonetised currency of Rs 15.44 lakh crore would be ‘forcibly extinguished’. (At the time of writing this column, there is a likelihood of some modifications being made to the RBI circular announcing the curb on deposits).

Nevertheless, the impact of the currency squeeze – including the question mark on residual cash holdings with the public - may heighten and prolong the distress that is evident across many labour intensive industrial sectors as well as the farm economy.

It is another matter that questions are also being asked as to what exactly this would achieve for a cash-starved economy that is now chaffing at the withdrawal restrictions - especially in the vast, unbanked rural hinterland where a decent mobile data signal remains a bit iffy. Finance Minister Jaitley recently sidestepped pointed questions on when the withdrawal cap would be lifted and the lack of assurances in this regard is bound to impact consumer sentiment even further.

A continuing crunch is bound to lead to increasing public resentment, even though many more Indians are changing their behaviour and adapting to online banking as well as digital payment alternatives.

It could well be that the government is trying to manage expectations as there is not enough cash to meet demand and by holding back on remonetisation, it would make a virtue out what is a clear necessity.

The push towards greater non-cash transactions is commendable but doesn’t take away from the fact that a significant economic slowdown is upon us and would need an aggressive strategy to counter the adverse impacts of the move. Multiple steps are needed for ‘remonetising India’.

The biggest question is as to what would all of these measures and sundry announcements achieve? The larger issue now is about what the government should be doing in the New Year - for remonetising and revitalising the economy.

More importantly, it is time for the government to start speaking out on the specific plans that they are considering to reboot growth after Prime Minister Modi pressed 'Ctrl + Alt + Delete' on the system that India’s economy used to run on.