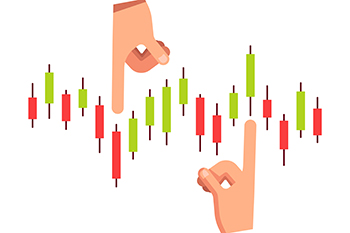 Nearly 400 out of the BSE-500 stocks recorded negative returns in February 2020 even as a lot of mid cap names managed to buck the trend.

The month of February was tumultuous for the markets. That is evident from the fact that 1-month returns on the Nifty stood at (-7.1%) while the returns on the Sensex were at (-6.5%). Clearly, a lot of frontline stocks weighed down the indices. Some numbers are staggering. The loss in market cap was close to Rs10 trillion during the month. Nearly 400 out of the BSE-500 stocks recorded negative returns in February 2020 even as a lot of mid cap names managed to buck the trend.

Let us first look at what led the Nifty lower and then for a broader perspective we shall look at the BSE A-group shares.


What were the key gainers and losers in the Nifty?

We have considered one-month returns between January 28th and February 28th. This was also the period during which the Chinese Coronavirus syndrome was doing the maximum damage to the markets. Check out the table below.
Data Source: NSE

There was not much of a surprise on the gainers. Bharti, the top gainer, was the biggest beneficiary as telecom moves towards a duopoly. Three top gainers were consumer names, where the markets are largely domestic in nature and the impact of the Chinese virus was limited. Titan, Hindustan Unilever and Nestle, despite being richly valued, provide safe parking havens for investors. Bajaj Finance has also been an extension of consumer play and likely to benefit from the sops given to the middle class in Budget-2020.

Nifty losers were China-specific stories. Tata Motors and M&M had a double whammy from the China syndrome. JLR was hit by weak demand from China as was M&M’s Ssangyong unit. Both auto companies also depend on China for raw material supplies. That is also likely to impact production schedules. ONGC was a clear outcome of weak oil prices. China consumes 14% of world oil and Chinese oil consumption is down by 20%. That has pushed Brent Crude closer to $50/bbl and oil extractors like ONGC have suffered the most. The other two major losers have been from the metals space. Hindalco and Vedanta are largely dependent on the price of copper and aluminium and these are weak due to perceived slowdown in China. With Chinese factories shutting down, pressure on metals is quite high.

How the BSE-500 shares performed?

The idea of looking at the BSE-500 is to look at shares outside the index. In February, outperformance came from the mid cap stocks. We ignore stocks that are already listed in the Nifty gainers and losers. We also avoid stocks priced below Rs20 to erase base bias.
Data Source: BSE

The BSE 500 gives a much broader view of the market performance in the month of February. Among the gainers, there is a surprise factor with 3 of the top gainers being pharma companies. But these are largely stock-specific stories. Suven showed a sharp bounce in February post the demerger of the CRAMS business. However, Suven continues to make heavy losses. Shilpa Medicare showed an unprecedented expansion in its EBITDA margins even as the China virus is helping Indian API companies like Shilpa realize a better price. Abbott, another pharma company, reflects the value shift in India from generics to IP based pharma. Lastly, Trent and Avenue Supermarts represent the two most expensive retail stocks in India. These are largely domestic plays with little to worry on the China front.

Among the losers, the focus was on infrastructure stocks. Gayatri Projects and NCC are predominantly executing projects in the states of Telangana and Andhra Pradesh. In both the states, there has been a lot of uncertainty over project execution with CMs undertaking a review of old project allotments. Among other losers, Tejas Networks is clearly losing out due to the troubles in the telecom sector to which it caters. Parag Milk is down with a host of other dairy companies after the government changed pricing for procurement of milk.

The month of February has been negative for the markets overall, but there have been pockets of outperformance; especially in the mid-caps. In terms of the China impact; the large cap stocks have been impacted much more deeply.