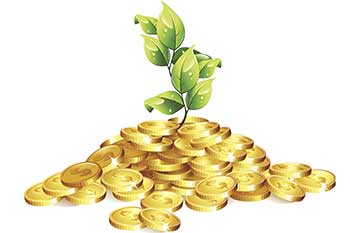 The sectors that saw the highest inflow in May 2019

Indian markets saw fluctuating fortunes in the month of May 2019. Markets continued to be tentative ahead of the election counting. However, after the exit polls indicated a decisive win for the NDA government, flows really picked up from FIIs and mutual funds. What exactly did they buy?

What did Indian mutual funds buy in May 2019?
It is hardly surprising that the largest MF holding of 25% continues to be in the banking space. That is logical considering that the financial sector has a free float weightage of 38% in the Nifty index. During the month of May, mutual funds added nearly Rs17,000cr net to their holdings to banks. This also represents an approximate 20% growth in MF investments in banks over the last one year. In fact, banks and financials together account for 36% of the exposure of Indian mutual funds. Technology stocks accounted for 10% of the total MF equity portfolio and were the second biggest sectoral purchase in May 2019.

Mutual funds continued their preference for banks for a variety of reasons. Firstly, the exit polls indicating a decisive NDA win followed by the actual results, which gave a boost to investor confidence. Most mutual funds are also betting on private banks as a play on the consumer story in India. Mutual funds are also selectively buying up PSU banks to make the best of the post-NCLT turnaround in the coming quarters.

What did  Foreign Portfolio Investors (FPIs) buy in May 2019?
From an FPI investment point of view, year 2019 has been a refreshing shift from 2018. During the calendar year 2018, FPIs were net sellers in equities in 9 out of the 12 months in India. However, in the year 2019, FPIs have been buyers in 5 out of the 6 months (half of June considered). At a stock specific level, FPIs have been buying into selected stocks like Yes Bank and Eicher which have corrected sharply from their peak prices. In May, FPI investments in large cap companies touched a high of 23% clearly showing their preference for the large caps over the mid and small cap stocks. Let us look at what sectors did FPIs show a preference for.

There are no prizes for guessing but the biggest accretion of FPI investments came in the banking and financial sector, which is understandable considering the number of large caps that this sector offers and also the weightage it has in the Nifty. Of course, a lot of these names could also be attributed to arbitrage positions of the FPIs. The interesting trend was the interest shown by FPIs in private insurance companies (other than GIC Re and NIA). FPIs increased their holdings in SBI Life, HDFC Life, and ICICI Pru Life and also in general insurer ICICI Lombard.

Oil and gas was the other sector that FPIs raised their stake in with their focus largely on the downstream oil space. FPIs were net sellers in the oil and gas space through most of 2018. In Pharma, the FPIs have been largely absent in the large cap space, but they did add some positions in mid cap pharma socks. For example, while FPIs have been buying into stocks like Advanced Enzyme, Bliss GV and Laurus Labs, they were selling into Cadilla Healthcare and Lupin. Most FPIs stayed neutral on auto barring a handful of stocks like Eicher and Motherson Sumi.

Broadly, domestic and international investors have continued their positive sentiments in May 2019. A clearer picture may emerge after the Union Budget is presented on July 05.