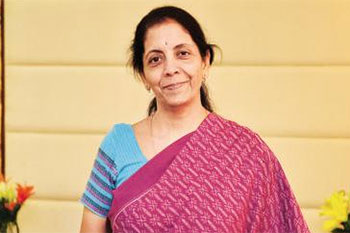 Going forward, to revive the economy, action has to hinge on two major areas consumption and investments. A combination of monetary stimulus and structural reforms may help revive growth over time.

After securing a powerful electoral mandate last month for a second five-year term, India’s Prime Minister Narendra Modi has a unique opportunity to announce economic reforms without resorting to populist agenda. The full Budget for FY19-20 will be presented by new finance minister Nirmala Sitharaman on July 05, 2019. The first female full-time FM of India has to juggle multiple economic challenges while walking the precarious line between growth and fiscal prudence before debuting the budget for this fiscal.

Stemming an economic slowdown and bolstering the nation’s financial sector back to health will need to be the immediate priorities for the government. This in an environment of a slowing global economy amid intensifying trade wars with US and China.

Given below are the five biggest challenges the new FM faces as she readies to present the budget next month.

Unraveling the financial sector crisis:
One of the biggest propellers of India's growth story was its consumption demand. However, nearly a month ago, India lost its “fastest growing economy” tag to China. And the crucial reason for this is a marked slowdown in consumption demand, which can be traced back to the recent financial crisis. Many economists and financial researchers believe that much of the slowdown in demand conditions is because of the NBFC liquidity crisis. They are the major financiers of loans in consumer durables, auto sector, and even real estate.

A series of defaults by stressed shadow bank IL&FS last year exposed cracks among India’s non-bank lenders. A spate of defaults led to NBFCs suffering the worst liquidity crisis in recent history. Most of them had to resort to selling assets to pay-off their debt. The systematic freeze in the NBFC sector separately triggered concerns about mutual funds that hold debt issued by NBFCs, which led to a slump in inflows into mutual funds and tightness in the bond markets. Further, public sector banks’ bad loans and declining NIMs present a very big hurdle to cleaning up the financial sector.

Consumption slowdown:
The consumption engine that was pulling the Indian economy to great heights is now losing steam. The trouble in the consumption growth story started earlier this year and the recent automobile and fast-moving consumer goods (FMCG) data reflect this. Auto sales for the month of May declined 21%. HUL reported its slowest volume growth in the past 6 quarters at 7% in Q4FY19. Dabur India reported a growth of 4%, while Godrej Consumer Products’ domestic business volumes barely grew at 1%. Market research firm Nielsen has lowered its growth projection for India’s FMCG market from 14% in 2018 to 11-12% in 2019.

A look at the household savings data between 2013-2018 reveals a pattern of declining demand of discretionary and staple items - household physical savings rate was partly replaced by consumption spending. Over the last few years, households have advertently reduced consumption due to insufficient income growth. The ongoing consumption slump in the economy is a result of a dilapidating mix of a drop-in household savings, income, and private investment — all in tandem, which makes the slowdown more structural and chaotic.

Going forward, to revive the economy, action has to hinge on two major areas i.e. consumption and investments. A combination of monetary stimulus and structural reforms may help revive growth over time. Sitharaman will need to give excess income in the hands of the people to boost consumption and revive business confidence. This is where the situation becomes tricky. At a time when India is grappling with high fiscal deficit and spiraling tax revenues, fiscal stimulus does not seem like the right move, especially in the scenario of a dovish monetary policy.

Agrarian Crisis:
Agriculture, forestry, and fishing, which together constitute the agricultural sector stood at 21% of the GDP in 2004-05. It has since dropped to ~16% this year. But, the number of people working in agriculture has not dropped proportionately, which implies that a huge chunk of workers is less than gainfully employed in the sector. The immediate reason for crisis in the sector is declining food prices. Despite the government's implementation of the new MSP regime, farmers are not getting profitable wages from their farmlands.

There is also an increasing need to shift people from agriculture to other sectors. As an economy grows, there is a visible trend of people moving away from farming to other sectors like construction and real-estate. This trend has not taken place significantly in the country, leading to excess labor supply in the agriculture sector, which eventually leads to meagre wages and low standard of living. In a bid to tackle the agrarian crisis, the government will not only have to focus on structural reforms in the sector but also on creating job opportunities in allied sectors.

The continued slowdown in global growth and increasing share of services in GDP meant that growth in Indian merchandise exports has been steadily slowing. This has not only impacted the performance of the export-oriented firms but also job creation. The budget must include some much-needed reforms to push labor-intensive exports. While India is trying to narrow the shortfall in trade by reducing its dependence on imports and encouraging exports, this will prove diﬃcult in a global environment of slowing growth and rising trade protectionism.

Stagnant Investments:
Investments and growth follow similar patterns, and investments make up a crucial component of the overall growth optimization. India’s economic growth has remained subdued partly due to a decline in overall investment in new projects and private sector projects stalling. Indian companies, both public and private, announced projects worth Rs1.99 lakh cr in Q4FY19, a decline of 16% from the previous quarter and 46% over the same period a year ago. Investment in the manufacturing, mining, and real estate sectors have all declined significantly. Lack of funds has been the biggest reason for the decline in private investments in recent quarters, suggesting that stressed banks and liquidity starved corporations are finding it increasingly difficult to finance their projects.

Fixed investments have been almost stagnant at about 30% of GDP in the past four years, while FDI has declined. Overseas fund inflows have subsided in telecom, pharma, and other sectors.  FDI is important as India would require huge investments in the coming years to overhaul its infrastructure sector to boost growth. Decline in foreign inflows could put pressure on the country’s balance of payments and may also impact the value of the rupee.

It is apparent that India needs to solidify its investment position while maintaining fiscal deficit within the target range. Overall, the government could do well to carefully manage its public expenditure and encourage projects that attract private investment.