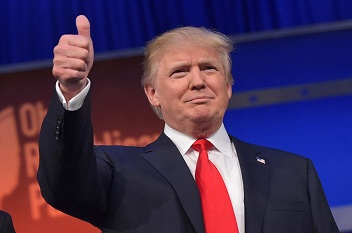 Trump's UN tirade and Fed's rate hike: What they mean for India?

“America first:” Lecturing on sovereignty, Trump claimed that “the US will not tell you how to live, work, or worship. We only ask that you honor our sovereignty in return.”

This week, on September 25, US President Donald Trump addressed the United Nations (UN). On September 26, the US Federal Reserve hiked the benchmark interest rates by 25bps to now touch 2.25%.

What were the key takeaways from Trump’s somewhat snooty speech? What does the Fed rate hike imply? What repercussions do these events have for India? Let’s make sense of it.

First off, what was Trump’s UN speech about?
Delivered in a haughty manner, Trump’s UN speech attracted audible giggles just a minute into it. He bragged that “in less than two years,” his administration has achieved much more than any other in American history. He then went on to list some of his achievements and in the process reaffirmed America’s stress on sovereignty (self and others), praised his once-sworn enemies, and belittled multi-lateral institutions that have taken almost seven painstaking decades to be created and nurtured.

“America first:” Lecturing on sovereignty, Trump claimed that “the US will not tell you how to live, work, or worship. We only ask that you honor our sovereignty in return.” The main theme throughout his political, security, and economy-related statement centred around how nations are better off alone.

Praise for authoritarian leaders: Trump was effusive in his praise for North Korean dictator Kim Jong-un calling him “open,” “terrific,” and “courageous” for pursuing nuclear negotiations with the US. He claimed to have “great respect and affection for Xi Jinping,” China’s President. However, his praise for Saudi Arabia’s King Salman and his son Mohammad bin Salman for “pursuing bold new reforms,” was weirdly unsettling.


North Korea: The US President mentioned North Korea as part of his litany of achievements. After criticizing Kim Jong-un (calling him the Little Rocket Man) in his maiden UN speech and condemning the Pyongyang regime for their cache of inter-continental ballistic missile targeting American cities last year, he praised the unpredictable leader.

Iran: Trump lambasted Iran in his speech and tried to seek UN’s backing in nuclear sanctions against the West Asian nation. He went on to call it the “world’s leading sponsor of terrorism.” He also warned other nations of severe consequences if they fail to abide by the sanctions.

Now, let’s place the speech in perspective
Trump used the “sovereignty” plank to renounce US’ existing commitments to the global order. According to him, the international system has taken undue advantage of the US and the country will not take it anymore. Interestingly, Trump has clinically cut off the US from various forums like pulling out from the 2015 Paris Agreement on climate change, Iran nuclear deal, and more recently, threatening to pull the plug on NAFTA. It is also his obstinacy on the “America first” policy that has led the world’s largest economy to cross swords with other nations like China, the EU, etc. on trade, putting the global economy on tenterhooks.

By praising leaders with dictatorial tendencies and autocrats, Trump continued to show his resentment for democracy.

Funnily, despite Trump gushing about the East Asian nation, nothing has yet been accomplished as part of the “denuclearization” process. US still doesn’t have a list of weapons that North Korea has and how it plans to destroy it.

Considering Iran, despite Trump’s harangue against it, the country has apparently stayed committed to the pact. They have also made efforts to salvage the deal with other stakeholders- Russia, China, Germany, Britain, and France-to escape any economy-scarring sanctions. However, they failed to escape Trump’s wrath, who has announced another set of “tougher than ever before” sanctions from November 5 targeting oil sales.

Trump’s concern for human rights was also misplaced. The statement on Venezuela’s humanitarian circumstances was more a concern for the country’s oil. With China, the US is engaged in a boiling trade war over the former manipulating its currency to keep exports cheaper. So, for the US, do human rights matter only where there is economic gain?

Meanwhile, a little about the Fed’s rate hike…
Fed policymakers lifting the benchmark rates by 25bps to 2.25% wasn’t an unexpected move. In a statement, claiming the end of an “accommodative” monetary policy, the Fed said that it foresees another rate hike in December, followed by three more hikes next year and one in 2020. What’s more, it left the policy outlook unchanged on the back of steady economic growth and strong employment figures.

So, what do these events mean for India?
Trump continuing to champion the “America first” policy so vociferously does put India at a disadvantage. For example, on the issue of job creation, both PM Modi and president Trump are sparring for better employment figures. But, the US administration’s crackdown on H-1B visas has impeded the temporary movement of Indian workers to the US. This has put various Indian IT giants like Infosys, TCS and Wipro in a fix as their business model involves placing a critical part of their workforce in the US who support the operation of jobs carried out in India.

Moreover, as Trump opens up multiple clashes domestically and internationally, India needs to catch his attention.

In the meantime, the Fed rate hike means that the dollar will get strengthened, which will put further pressure on the rupee. This may probably force the RBI to hike rates to bail out the rupee. Consequently, rising crude oil prices and interest rates will lead to an outflow of foreign money, which in turn, will widen the current account deficit. However, reeling under liquidity pressure at present, rate hikes are a big no-no at present. This has led policymakers perplexed as they plan to execute more OMOs to infuse liquidity into the system. Meanwhile, all eyes are on the apex bank’s October meet.