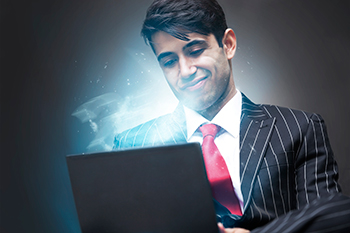 Union Budget 2019 aftermaths - What does it mean for NRIs?

After a long time, the Union Budget 2019 made some genuine changes for the NRI investment environment with the intent of offering them more choice and an easier investment process.

Non resident Indians (NRIs) have long been looking at the Indian markets as a solid means of growing their investments as well as building a safety net in India. After a long time, the Union Budget 2019 made some genuine changes for the NRI investment environment with the intent of offering them more choice and an easier investment process.

Making the investment journey easier for NRIs
The Union Budget 2019 made some genuine efforts to making the process of investing easier for the NRIs. The continent of Africa has had a history of Indians travelling there for work and business. However, India’s diplomatic footprint in this region was fairly limited leading to procedural hassles for NRIs. To address the issue, the Budget 2019 approved a total of 18 diplomatic missions in Africa. In 2018-19, India had opened embassies in Rwanda, Djibouti, Equatorial Guinea, Republic of Guinea and Burkina Faso. In the current fiscal 2019-20, the government is planning four more embassies. In addition, the process for Aadhar for NRIs has also been simplified. Currently, NRIs arriving in India have to wait for 180 days before they can apply for Aadhar. Nirmala Sitharaman has promised to issue Aadhar cards to NRIs with Indian passports, immediately on their arrival in India.

Merging NRI PIS route into the FPI route
In a significant move, the Budget 2019 has decided to merge the NRI Portfolio Investment Scheme (PIS) route with the existing route for Foreign Portfolio Investors. This was a recommendation that was made by the HR Khan Committee. That will also call for greater coordination between the RBI and SEBI because the PIS is currently monitored by RBI and if it shifts to the FPI route then it will come under SEBI monitoring.

One of the basic ideas of this move is to encourage NRIs to participate in Indian equities. NRIs have typically preferred to invest in NRI bank deposits for the premium returns that they got. Merging the PIS with the FPI route will enable greater NRI flows into Indian equities and offer a more centralized regulatory mechanism. During the current fiscal, nearly $94bn of NRI deposits have come up for redemptions. The government will be looking to churn some part of these redemptions into equities. The idea is to rely more on Indian nationals within and outside India to fund the India growth story.

But there are some challenges for NRIs too
While the procedural simplification and the FPI route will be positive for NRIs looking to expand their India portfolio, there are some concerns too. However, the merger of PIS and FPI route may be the big story. A lot will depend on the actual implementation.