x
Home » Top News » What are the best and worst performing investment stories? 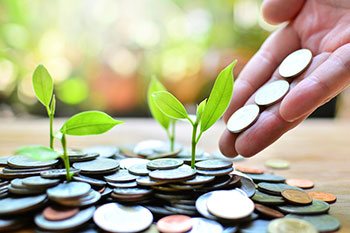 What are the best and worst performing investment stories?

We look at the best and worst performers across asset classes (represented by mutual funds) as well as specific sectoral indices as proxies.

How do you evaluate an investment story? Clearly, returns would be one way because the proof of the pudding lies in the eating. But, what time frame to consider? To avoid any bias, we can look at multiple time frames and multiple asset classes. We look at the best and worst performers across asset classes (represented by mutual funds) as well as specific sectoral indices as proxies. All return calculations are as of 18th February 2020.

Interestingly, in the last one year, it is the mid cap funds that did extremely well. That is surprising because mid cap indices did not do very well in the last one year. One reason was that fund managers were finally getting quality mid caps at salivating levels, giving ample scope for alpha selection. The worst performer was the low duration debt funds where outflows were quite heavy during the year and that led to abnormally low returns.

Let us now turn to the indices. Over the last one year, it was the Sensex that was the clear outperformer. After all, the rally was led by the heavyweights like Reliance, TCS, HDFC Bank, HDFC, Infosys, Kotak Bank and ICICI Bank. The kurtosis ensured that Sensex stayed the star, followed closely by the Nifty Bank and the Nifty 50 index. There was not much surprise that Nifty Pharma turned in the worst performance as the combination of FDA investigations and competition continued. The Chinese virus scare has disrupted supply chains and that promises to be another challenge for the pharma industry.

In the Mutual funds category, the gilt funds made the best of the 135 basis points rate cut even as equity markets faced pressure from the financial crisis triggered by the IL&FS crisis. The intensity of the hit on small cap stocks was so intense that the small cap fund continues to give negative returns even after two years.

Among the indices, it was the IT index that outperformed over a 2 year period as Indian IT industry finally got its act together; focused on digital, brought back its mojo for margins and growth. The big disappointment was metals which was hit badly by the never ending trade war between the US and China. Higher input costs made things worse for metal stocks.

Interestingly, over a 3-year period, it is the equity focused funds that did very well with their concentration on a handful of themes. Of course, with interest rates and yields trending lower, it was the floater fund that ended up being the worst performer. The credit risk fund also has been among the laggards over the last 3 years.

Not just over a 2-year period but even over a 3-year periods, it is IT that has done extremely well. To an extent it can be attributed to the fact that IT continues to be the biggest contributor to the Nifty / Sensex profits. Also, its relatively defensive characteristics and cheap valuations have worked to support the sector on every dip. Pharma continues to be the laggard even over a 3 year time frame as the sector has virtually failed to recover its margins or its growth post the year 2015.

Interestingly, the annualized returns on even the best equity fund category in the last 5 years have not been too flattering. But the bigger surprise is that the index funds are the worst performing category in the last five years. The reasons are not hard to see. The Nifty had touched 9200 in 2015 and has rallied less than 30% in five years. That is approximately 5% annualized returns. If you remove the costs and the impact cost this is what you have.

For the third time pharma has been at the bottom; but how is the Energy index at the top? The first two years was the rally in downstream oil companies after administered pricing of petrol and diesel was dismantled. Post 2017, it was Reliance driven by its telecom boost. That probably explains the energy story.