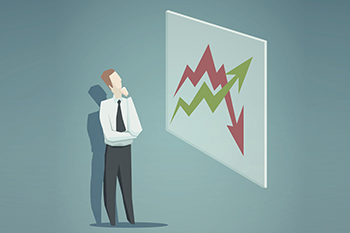 It is now a little over 2 years since the COVID-19 pandemic struck global growth and tilted global equations. Unfortunately, even after a full 2 years, it is hard to say with any degree of confidence that the worst is behind. The latest risk factor has come in the form of the Omicron variant.

It is now a little over 2 years since the COVID-19 pandemic struck global growth and tilted global equations. Unfortunately, even after a full 2 years, it is hard to say with any degree of confidence that the worst is behind. The latest risk factor has come in the form of the Omicron variant. The Omicron variant is suspected to have its origins in South Africa and has apparently made deep inroads into Europe. That is where the biggest impact is seen, especially in countries like the UK, Austria, Germany and the Netherlands.

However, Indian markets see this as a risk for a different reason. Unlike COVID-19 and COVID 2.0, the Omicron variant is considered to be a mutating virus. That means; the billions of vaccinations that have been administered till date across the world will have little impact. While it is yet to gain alarming proportions, scientists fear that the Omicron variant could be much more potent spread faster. The real worry is that it could disrupt travel and trade routes; bringing global growth back to Square 1.

In a way, the Fed chair has already exhibited uncharacteristic aggression in the last couple of months. In his policy statement on 15-December, Powell doubled monthly taper from $15 billion to $30 billion, and targets to complete the taper by March 2021. Fed will not wait too long after the taper to hike rates. So 3 to 4 rate hikes could be coming in year 2022 itself.

As we have seen previously in 2013 and 2018, Fed rate hikes and tightening are never great for market sentiments. It creates a vicious cycle of weaker rupee, FPI outflows and falling markets with each feeding into one another. Bond yields in India are closer to 6.48% indicating that markets are building in a lot of hawkishness.

This is, in a way, related to the Powell hawkishness but for Indian markets it represents a huge risk. In the last few years, the FPI flows have been consistently strong and even the massive sell-off during the pandemic was recouped in the next few months. However, if US rates are hiked then the yield spread that India enjoys over developed markets will narrow and that would mean a run on Indian debt paper.

India’s forex reserves at $640 billion is much better than in 2013. However, India allocations are already way above the weights allotted by MSCI EM index and that is a risk which has been evident in recent months. In Dec-21, India saw consistent outflows by FPIs while capital flowed into other Asian emerging markets like Taiwan, South Korea and Thailand.

There are several reasons China is expected to hit a wall in 2022. Firstly, China is consciously shifting its industrial mix towards green industries. Government has come down hard on several businesses and that has had an impact on growth. Then there are ticking problems like Evergrande which could have large-scale systemic risks for the Chinese economy.

Why does this matter? We saw a glimpse when Chinese growth fell in the COVID period, as it constrained demand for nations that substantially rely on filling their coffers by exporting to China. Many of these countries may be in a spot. For India, there is a different problem. The People’s Bank of China (PBOC) may be induced to weaken the Yuan to boost exports and that would force the rupee lower. We saw that in 2015 and it could repeat in 2022.

Risk 5: Europe could be the X-factor in global risk

There are problems at several levels in Europe. The crisis of Southern Europe has been suppressed, not addressed. The big dispute between the North and South has been about fiscal profligacy. COVID had suppressed these differences as the ECB was forced to adopt a liberal attitude to liquidity and spending. That will change in 2022.

With impending elections in Italy and France, it is expected that Euro-sceptics could gain clout in key economies in the EU bloc. That means the move to secede from the Union could gather steam among vulnerable economies. Not too far away, the BREXIT impact is also likely to be felt in the financial epicentre of UK. Northern Ireland could be the bone of contention but the bottom line is that Europe is likely to see the return of turmoil in 2022.

Risk 6: Could we see food riots and expansionist tendencies in 2022?

It is a full 10 years since we saw the food price unrest which eventually led to seismic shifts across the Middle East and Africa. With supply chain constraints and more food going towards alternate fuels, food prices are again creating a problem. Food riots have already been visible in countries like Sudan, Yemen, Lebanon and Egypt. These are normally the most volatile problems. It is hard to say what form it will take but it is a major concern.

Expansionist tendences are already visible in a number of places. Russia is once again breathing down Ukraine’s neck. China has never been too secretive about integrating Taiwan into mainland China, despite global protests. Chinese action could range from a blockade to an outright aggression. Expansionism remains a key risk.

Finally, the news may not be all that bad, though. Year 2020 and 2021 ended up much better than originally expected. Hopefully, the risks of 2022 should be managed effectively.