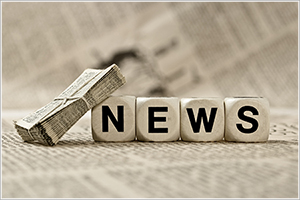 Top 10 trending Stock Market news you must know
The coming week will see a lot of domestic data releases, including auto sales numbers and PMI readings, which will determine market trajectory. Investors will also keep a keen eye on the outcome of FM Nirmala Sitharaman’s Friday meeting with PSU banks. Apart from this, Monday will see the listing of Prince Pipes and RBI’s scheduled second round of Operation Twist. Let’s look at company specific news you should know before markets open on Monday:

Dewan Housing Financial Ltd: The Reserve Bank of India appointed administrator of beleaguered Dewan Housing Finance Ltd (DHFL) called for a meeting of its creditors for the first time on Monday after the mortgage lender was admitted for insolvency proceedings. The third-largest pure play mortgage player is the first non-banking financial company or housing finance company to face the corporate insolvency resolution process. The meeting on Monday will be attended by all creditors of the company including banks, bondholders, insurance and mutual fund companies. The Mumbai bench of the National Company Law Tribunal (NCLT) had admitted the company for insolvency resolution on December 2 and appointed Indian Overseas Bank former managing director and CEO R Subramaniakumar as the company's administrator
Adani Ports &SEZ, Gateway Distriparks Ltd: Gautam Adani-led Adani Ports and SEZ (APSEZ) has entered into cold chain logistics and warehousing business by acquiring a majority stake in Snowman Logistics for Rs296cr. The company has acquired 40.25% stake in Snowman Logistics from its parent company, Gateway Distriparks, Adani Ports said in an exchange filing post market hours Friday. The company made the acquisition through its wholly-owned subsidiary, Adani Logistics. As part of the transaction, Adani Logistics will make a mandatory open offer for a maximum 26% of the public shareholding in the company, subjected to customary condition precedents and expected to close by March 31, 2020.
Cadila Healthcare Ltd: The drugmaker has clarified that it has no plans to sell two of its divisions and the news reports are completely speculative. This clarification by Cadila was in response to new reports claiming that the Gujarat based drug maker was in talks to sell two of its divisions — anti-infectives and gynecology — for about Rs1,000-1,200cr, seeking in a bid to lower its debt obligations.
Coal India Ltd: Amid concerns that Coal India Ltd (CIL) may fall short of its 660 MT production target for the current fiscal, the miner has planned to ramp up daily output to meet the goal, officials said. Till December, the miner is expected to produce close to 390 MT of coal and will require another 270 MT in the last quarter of this fiscal to meet the annual production target. Currently, Coal India produces 1.8 MT per day while the asking rate to achieve the target is 2.9 MT, they said.
Piramal Enterprises Ltd: Piramal Enterprises on Saturday said its board has approved raising up to Rs2,750cr by issuing bonds on private placement basis. The Ajay Piramal led conglomerate said the money can be raised in one or more tranches from time to time.
JSW steel Ltd: JSW Steel on Friday said its Netherlands-based subsidiary will offload 39% stake in joint venture firm Geo Steel LLC for $23.08mn. JSW Steel (Netherlands) B. V. will sell the stake to the JV partner Georgian Steel Group Holdings Limited. JSW Steel (Netherlands) holds 49%in the JV. Post the completion of the aforesaid sale, JSW Steel (Netherlands) B.V. will continue to hold 10% stake in Geo Steel LLC, it said. The company expects the sale of shares will be completed within 30 days from the date of agreement.
Reliance Capital Ltd: The Insurance Regulatory and Development Authority of India (IRDAI) has cancelled pledge enforcement of Reliance General Insurance Company Ltd's (RGICL) shares by Credit Suisse and Nippon India MF, Reliance Capital (RCAP) said in statement on Sunday. Insurance regulator has directed IDBI Trusteeship Services not to give effect to any encumbrance or transfer or any change in the shareholding of RGICL, according to a BSE filing by Reliance Capital. Pursuant to the IRDAI direction, 100% shareholding in RGICL stands restored to RCAP, it added. The regulator also said its prior approval was not taken for the transfer. The IRDAI added that the unauthorized transfer also violates FDI regulations.
Bharti Airtel Ltd: Telecom operator Bharti Airtel on Sunday hiked its mandatory minimum recharge for pre-paid customers to Rs45 from Rs23. The new minimum recharge plan will come into effect from Sunday. The announcement pertained to prepaid subscribers of Bharti Airtel and Bharti Hexacom in all service areas, it added.
Oricon Enterprises Ltd: Oricon Enterprises has prepaid the term loan of Rs300cr taken from Indiabulls Housing Finance Ltd by making prepayment of balance amount of Rs128.57cr on December 27, 2019 and has received the “No dues certificate” from Indiabulls Housing Finance Limited dated December 27, 2019.
National Aluminium Company Ltd (Nalco): State-owned aluminium company Nalco is looking to revisit its expansion plans, Chairman and Managing Director Sridhar Patra said on Friday. Last year, the company had said it was all set to invest over Rs30,000cr over the next four years to launch a number of new projects and undertake major expansion programmes. The projects under execution include 1 MTPA capacity 5th stream alumina refinery in the existing complex at Damanjodi at an estimated cost of Rs5,540cr which is expected to be completed by April 2021, it had said.

Let us look at the developments which took place on the global front:
US stock benchmarks on Friday closed out modestly flat, as trading volume has been thin during the holiday-shortened week and may continue to be sparse through the New Year's holiday on Wednesday. However, investor expectations that the United States and China will soon sign a Phase 1 trade deal has added momentum to the stock market heading into 2020. The Dow Jones Industrial Average rose 23.87 points, or 0.08%, to 28,645.26, the S&P 500 edged up 0.11 points to close at 3,240.02, while the Nasdaq Composite lost 15.77 points, or 0.17%, to finish at 9,006.62.

According to reports, the Chinese commerce ministry said that Beijing and Washington are in close contact with each other, going through key details before the pact is officially signed. President Trump has said that the two countries will hold a ceremony to ink the deal, which is expected to be completed in January.