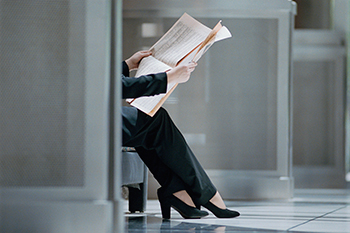 In the holiday shortened week ahead, investors will continue to monitor the impact caused by the deadly pneumonia like virus, Coronavirus, which has virtually shut down the Chinese economy. The death toll from the epidemic in mainland China surged past 1,500 on Saturday, a day after people returning to the capital from holidays were ordered to quarantine themselves for 14 days to try to contain the virus' spread. While the epidemic is still far from peaking, its impact on trades has started worrying investors. A number of Indian companies, which depend on supplies from China, could face disruptions. Closer home, focus will be on the telecom companies which have to partially payback the AGR dues by Monday. Banks with exposure to these companies, including SBI and Yes Bank, will also be in focus. Traders will also keep an eye on crude oil prices and minutes from RBI’s Monetary Policy Committee meeting to be released this week. Let us look at the stocks that will be in focus as markets open on Monday:

Chinese officials on Saturday said 121 more people had died from COVID-19, the disease caused by a novel strain of coronavirus that emerged in Wuhan in late 2019, over the previous 24 hours, bringing the pushing the total above 1,500. The country’s National Health Commission reported 5,090 new confirmed cases in mainland China, bringing the total to 63,851. The number of new cases jumped sharply on Thursday after a change in the government’s counting method.