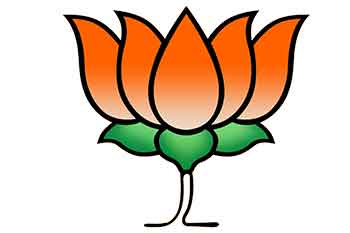 “We will win the 2019 Lok Sabha polls, and there would be none who can oust us for the next 50 years,” bellowed Amit Shah at BJP’s National Executive meeting held this week. At the event, PM Narendra Modi cut the opposing mahagathbandhan to size and also issued the clarion call, “Ajeya Bharat, Atal Bhajapa,” for the upcoming 2019 LS elections.

However, as these leaders work towards ensuring that the 'Lotus' continues to bloom, there are some obvious roadblocks to BJP’s journey to power the second time around. Along with anti-incumbency, its advance is impeded by the possible global and domestic scenario and some economic miscalculations. Let’s consider these stumbling blocks.

A depreciating rupee: The rupee has been bleeding. It has already inched towards a life-time low of about 73 against the dollar. The Indian currency has plummeted 13% this year. So, why this freefall? Incidentally, importers, mainly oil refiners, are buying dollars, considering surging crude oil prices and capital outflows. The dollar has also toughened as emerging markets continued to remain wary about the spillover of an escalating US-China trade war.  The RBI, meanwhile, has refused to intervene to stabilize the situation. It appears that all factors are conspiring against the rupee, contributing to its nosedive and dubiously making it the worst performing emerging market currency. What’s more, this has led to a domino effect, affecting many other factors negatively. Reportedly, the finance ministry has been pleading with the RBI to intervene and support the rupee.

Fuel prices on fire:  Completely opposed to the rupee’s behavior, petrol prices have been touching record highs with every passing day. In metro cities, petrol prices have been in the range of Rs80-88 per litre, while diesel has been in the Rs72-79 per litre range. What is the reason for this unrelenting price rise?  Three factors have been identified: surging global crude prices, a declining rupee, and the most debated – steep excise duty charged by the government.

Internationally, oil prices have continued to rise due to wariness about falling crude oil inventories and looming sanctions against Iran, which could probably tighten the supply market. This price and the rupee’s value directly affect the retail price of petrol and diesel. Apart from this, freight charges (also directly related to fuel), margin of oil marketing companies, and excise duties (charged by the Centre) and VAT (tariffed by states) affect prices. Meanwhile, the opposition has been up in arms protesting this price hike and has categorically asked the government to slash excise insisting that it is the sole culprit drilling a hole in the common man’s pockets. However, for the Centre, this seems to be an impossible proposition considering that any excise cut will affect the government’s income, which it has used for powering its various social welfare schemes.

Raging economic indicators: The double punch of a plummeting rupee and costly crude will obviously affect the economy as India imports ~80% of its fuel requirements. Whilst the oil import bill increases, it will invariably widen the fiscal and current account deficits. Moreover, while the upsurge in oil continues, consumers will feel the pinch, not only because they will be spending more on travel but also because the rising transport costs will make consumer goods/food expensive, leading to food inflation. Economic indicators like CPI and WPI, which measure inflation, are presently stable at ~5% levels. Further, on the other economic frontiers, PM Modi’s government seems to be faltering.  The fiscal deficit, that is, the difference between the income and expenditure of the government, has reached 86.5% of the budget estimate already. Further, India’s current account deficit, which measures the external strength or weakness of the economy, widened to a four-quarter high at 2.4% of the GDP during the April-June period from 1.9% in the January-March quarter of 2017-18.

Political state of affairs: Though not exactly a stumbling block, elections in the three major states of Rajasthan, MP, and Chattisgarh will set the mood and morale for the 2019 Lok Sabha elections. Incidentally, all the three states are currently ruled by the saffron party. It remains to be seen whether BJP holds on to its bastions in the “cow belt,” especially as it faces heavy anti-incumbency. In the political milieu, BJP could also face the combined strength of a united opposition, led by Congress unifying various regional parties. This scenario becomes all the more possible if BJP continues to divorce its regional parties, losing traction in states where its presence isn’t that strong.

Global trade war: A full-blown trade war between the US and China, the world’s two largest economies, will not only affect them but also affect other global economies.  How will it affect India? Supply shortage of finished goods and raw materials will push up the final consumption price for consumers. Further, India’s exports plus imports of goods and services contributes to ~42% of the GDP. Our current account deficit is also dependent on external funds for financing. Thus, there is no doubt that a full-blown trade war will hurt economic growth.

Flawed economic decisions: PM Modi’s decisions such demonetization may have hurtled towards failure as RBI’s recent annual report stated that 99% of the demonetized currency has been returned to the top bank. The long lines outside ATMs and the hardships endured for exchanging notes in banks now appear futile. Citizens are already questioning the necessity of this colossal exercise.