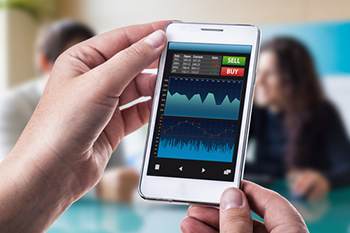 As the first quarter of calendar year 2019 comes to a close, it is time to look back at what the influential investors bought and sold during this period. Let us look at 3 classes of investors’ viz. the domestic mutual funds, FIIs and star individual investors.

What did the Mutual Funds buy and sell?

While mutual funds do keep churning their portfolios on a regular basis, a good way to look at the portfolio shifts will be to see what the top 3 funds have been buying. We shall focus more on HDFC MF, ICICI Pru MF and SBI MF which are the largest in terms of AUM. During the quarter, HDFC Mutual Fund added Embassy Office Parks REITs, which had recently come out with India’s first REITs IPO. The fund also added Nalco to its portfolio while exiting Vijaya Bank and Spencer’s Retail altogether. There were also some stocks in which HDFC MF raised its stake or reduced its stake. For example, HDFC MF added to its stake in Bank of Baroda, OBC and BHEL but reduced its stake in Power Grid, IDFC and JSW Steel.

ICICI Pru added India Infrastructure Trust, Embassy REITS and CPSE ETF to its portfolio but exited Vijaya Bank altogether. ICICI Prudential increased its stake in Vodafone-Idea as did it add to NBCC and SBI Life. At the same time, the fund reduced its stake in BHEL, ITC and Power Grid. SBI MF bought into Gujarat Pipavav Port and Endurance Technologies but exited Arvind and Torrent Power entirely. SBI MF also added to its stake in Vodafone Idea, Tata Power and ICICI Pru Life, while reducing its stake in HPCL, NALCO and Bharti Airtel.

What did FIIs buy and sell in the last quarter?

FIIs had been aggressive sellers in the market through most of 2018 and had sold equity and debt to the tune of Rs80,000cr during the year 2018. However, the turnaround in FII investments happened only from February end when FIIs started buying and infused nearly Rs50,000cr in the 2 months after that. Foreign investors have been buyers in metals and mining stocks on hopes of a China turnaround. Some selective buying in pharma also happened during this period. Interestingly, there was also buying in NBFC stocks after being sellers in the last quarter of calendar 2018.

What did the individual investors buy and sell in the stock markets?

Among the marquee investors in India, RARE (the name of the asset management firm of Rakesh Jhunjhunwala is given from first two initials of his name Rakesh Jhunjhunwala and his wife’s name Rekha Jhunjhunwala) has been increasing its stake in NCC and Aptech but has been consistently cutting its stake in Dewan Housing ever since the maturity mismatch issue broke out in the last quarter of 2018. On the other hand, value investor Ashish Kacholia has been buying into IFB Industries and also buying into smaller stocks like V2 Retail. Kacholia has also been increasing stake in mid cap IT stocks like Mastek and KPIT Infosystems.

Anil Goel, known in the market to be a specialist in mid cap and small cap stocks, added KRBL to his portfolio. KRBL is one of the largest exporters of Basmati rice. Goel also marginally increased his stake in stock like IG Petro and Majestic Auto. Over the last few years, former Kwality promoters Rajeev and Dolly Khanna have also emerged as marquee individual investors with a strong following and also a sound track record. Dolly bought into Muthoot Capital, NOCIL, Radico Khaitan and Tata Metalliks. However, they also downsized their investment in Rain Industries (an old favourite) and in Mannapuram Finance.

The portfolio shifts are broadly indicative and do not really contain any kind of a stamp of quality of the stock mentioned. While a lot of investors try to tail these marquee investors, we suggest investors to get a deeper understanding of the company before making any investment commitment.