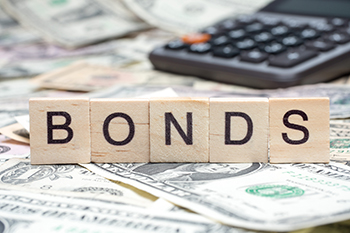 What is a SeLFIES bond?

A vast majority of Indians do not earn enough to save for their retirement, and hence, they find themselves woefully short of a corpus once their working life is over.

Social security continues to be a major challenge for most Indians who are beyond the working age group. A vast majority of Indians do not earn enough to save for their retirement, and hence, they find themselves woefully short of a corpus once their working life is over.

While government employees still have the comfort of a regular pension after retirement, most private sector employees, and especially the MSME sector, struggle for social security after retirement. It is in this context that Robert Merton’s recent speech on SeLFIES bonds assumes significance. But what exactly is this bond all about?

Concept of a SeLFIES bond
Standard of Living indexed, Forward-starting, Income only Securities or SeLFIES is a recent innovation proposed by MIT’s Robert Merton and EDHEC Business School’s Lionel Martellini. Governments will issue the SeLFIES bonds and workers will buy these. These bonds would not pay any interest until the person is retired. As such, the interest amount is accrued till the time of retirement and the payouts start after that.

Here, the employee needs to estimate only two variables; how many years he has before retiring and how many years post retirement would he need the income. To put it in simplistic terms, you create a corpus by investing regularly in a mutual fund systematic investment plan (SIP), which then becomes a systematic withdrawal plan once you retire. SeLFIES bonds are exactly that. The only difference is that the government regulates this entire cycle from the collection of the corpus, to the accruals, and the payouts each month based on a fixed formula that is linked to inflation.

How exactly do SeLFIES fit in?
Conceptually, SeLFIES bonds are quite simple. You keep accumulating funds in a safe way for a long period of time and the government commits to pay you in a manner that will cover your costs after retirement with inflation accounted for. As Merton puts it, “It is pointless trying to educate people on the essence of retirement planning. The best way is to customize an off-the-shelf product like the SeLFIES and leave the administration to the government so that public trust and faith is also maintained. This becomes a better way of managing social security than leaving people at the mercy of markets.”

But why should the government take such a risk? There are two reasons. Firstly, only government involvement at the highest level can ensure the success of this plan as it is all about trust and good faith. More importantly, the government gets resources immediately with a long gestation. SeLFIES bonds will keep accruing interest for a minimum of 20-25 years and only then the regular payment will start. That is a great way of financing infrastructure since India requires nearly $200bn worth of investment each year. Also, the long gestation means that good infrastructure projects can get funding at attractive costs.

What is the downside risk in SeLFIES bonds?

It is really not as simple as it is made out to be and has its own set of risks. Here are some of the key points to remember.

A very practical problem in this instrument is the risk of living too long. If you have structured your SeLFIES bond to survive 20 years after retirement and if you were to live for another five years, then it could be a real financial challenge.

The product sure looks attractive on paper but that is not to say much. People would, perhaps, remember that exactly 20 years ago in 1998, a hedge fund by the name of Long Term Capital Management (LTCM) went bust. Robert Merton was one of the principals of the fund, which had raked in 40% returns over three years. In 1998, after the Asian crisis, Russia defaulted and LTCM’s bets on Russian bond mean reversion went horribly wrong. Its capital got wiped and the fund went bust. Eventually, the view turned out correct, but LTCM did not survive.
As the economist John Maynard Keynes once rightly said, “Markets can be irrational much longer than you and I can be solvent”. That will remain the challenge.