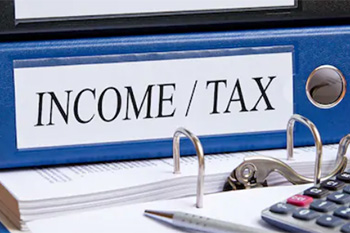 What is income tax raid and search and seizure operation?

Income tax officers are authorized to conduct such search and seizure operations where they have credible information of tax evasion.

Search and seizure operations are conducted by the Income Tax Department where they suspect there is black money and has justifiable reasons to believe so. These search and seizure income tax operations are also popularly known as raids. While there is an element of awe and stigma attached, most people tend to panic on such occasions. There is a more methodical way to handle such a raid.

When does such a search and seizure income tax action happen?
It is only when the IT department suspects that you have either generated or routed black money. The word black money is basically unaccounted money on which tax has not been paid and is normally on account of cash transactions. Income tax officers are authorized to conduct such search and seizure operations where they have credible information of tax evasion. Such information could come from the GST department, Financial Inteligence Wing or even records of large asset purchases like gold, property, artefacts, etc. Today most of your transactions are tracked through the twin pathway of PAN and Aadhar. The IT department also conducts raids where it believes that expenses and investments are disproportionate to known sources of income. There is a clearly laid down procedure and defined hierarchy of how such an income tax search and seizure can be conducted.

What can the search officer do as part of the “Search and Seizure” Operation?

The officer in charge of the raid has been given powers to undertake any or all of the below mentioned actions, although there are conditions circumscribing such rights.

Even though a person is raided, there are some rights they can insist on.
How to handle a search and seizure operation?

There are some basic rules to handle a raid.
Of course, the best thing to do is disclose your income and assets as required by the Indian statutes and pay all statutory dues on time.