x
Home » Top News » What is the way forward for PSU banks with falling bad loans?

What is the way forward for PSU banks with falling bad loans?

PSU banking losses in FY2019 at Rs98,000cr was nearly 20% lower than the total capital infusion during the year. Read more to know the road ahead for PSU banks 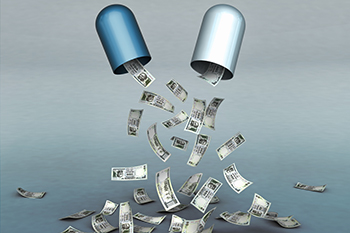 When ICRA revised the ratings outlook for four PSU banks from Negative to Stable in March 2019, there was an underlying message that the PSU banking crisis was finally showing a turnaround. Look at some of the numbers. PSU banking losses in FY2019 at Rs98,000cr was nearly 20% lower than the total capital infusion during the year.

While gross NPAs of the banking sector were at 9.2% as of March 2019, they are expected to be 7.9% in March 2020 as per ICRA estimates. Further, fresh NPA generation is expected to fall to 1.8% from 3.7% in the previous year. However, challenges on the ROA and ROE fronts still remain.

Here are four areas that will determine the road ahead for PSU banks.

The government has made a start with the merger of BOB, Dena Bank, and Vijaya Bank, but this process has to move faster. India does not need PSU banking duplication. The idea is to reduce the PSU banking universe to just about 5-6 large banks that ensure pan-India presence, regional specialization, and economies of scale. Of course, the government can look at special tax incentives for facilitating such mergers or even exempting acquisitions from open offer requirements. However, consolidation is the first step.


Addressing the second phase of NPAs

As per RBI data, the total recoveries from the NCLT has been to the tune of Rs170,000cr with another Rs100,000cr expected this year. At a recovery rate of 45%, this was the easier part. The more complicated part will be the second round where you have companies with huge bank outstanding but little by way of physical assets. Companies like Jet Airways, IL&FS, and Dewan Housing have nearly Rs200,000cr of outstanding debt in total. The assets are fungible and recoveries could be very low. The RBI and banks must first move in to ring-fence these assets and initiate asset sale proceeds immediately before the losses mount.


Building the asset book from here on

In building the asset book, which is the next big imperative, if the ROA has to improve, PSU banks have two imponderables. First, what are their target markets and how to target them. The retail lending space is already overcrowded with private banks and NBFCs falling over one another. PSU banks may find it really hard to differentiate in this area. It will still have to stick to industrial lending, but with greater accountability and better credit evaluation practices. Secondly, opening more branches and investing in expansion is not really feasible. The expansion has to come from a more Phygital (physical + digital) approach with digital dominating. Remember, the SBI Yono app already has 80 lakh downloads because the physical presence is a constant reassurance. This is the advantage that PSU banks must play on.


Time to look at Fintech partnerships

Indian banking is standing at crossroads where competition is coming from unlikely sources. Technology, particularly, Fintech has emerged as a major lateral completion for PSU banks. Partnerships between PSU banks and NBFCs for last-mile lending have been in existence for the last many years. Now, it is about giving it a technology twist.

For example, while the bank can provide insurance to the last-mile customer, the Fintech partner can provide a personalized financial solution. Similarly, the Fintech partner can also generate leads and do first-level credit appraisals for the banks even as the latter focuses on credit delivery. In short, by partnering with Fintechs, the PSBs can get benefits such as customer facing support, additional delivery channels, and customized third party offerings.

As seen in the above chart, the idea of Fintech-bank partnership is nothing new. It is being done by BOB and SBI at a fairly organized level with multiple Fintech partners.

As one can see from the instances above, Fintech can be backward- and forward-integrated. The onus is on PSU banks to take it to the next level!