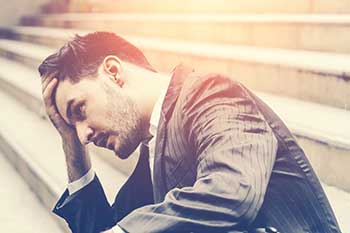 Had it not been for the sudden resignation of PC Mohanan of the National Statistical Commission, the recently released and mired in controversy jobs data would have been dismissed as just another piece of statistic.

According to a media report citing insider sources in the Indian government’s statistics department, the unemployment figure for 2017-18 was at a 45-year high of 6.1%.

The National Sample Survey Office (NSSO) publishes the country’s employment data each year and 2017-18 would have been no different, except for the sharp rise in unemployment.

Jobs have been a contentious issue in India for a long time. India’s labour statistics have been, for quite some time, revealing that jobs created in the NDA regime were not even a fraction of the 2cr annual jobs that had been promised by the Narendra Modi-led government. Then there were intermittent news clips about how thousands of post-graduates and doctorates had applied for low-paying jobs in the government. But above all, the jobs crisis manifested itself in a variety of ways. From the number of unemployed youth roaming the streets, to the number of trolls on Twitter, and the rising youth unrest, the problem of jobs was grave. The NSSO data just ratified what most people had intuitively known all along.

Piecing the unemployment data together

In a way, the real stress on jobs was already visible after the demonetization exercise was launched in November 2016. Even as demonetization hit the small and medium enterprises (SMEs), another hit came in the form of the Goods and Services Tax (GST), which was implemented in July 2017. As small businesses became unviable, the result was a sharp rise in unemployment. That was just borne out by the NSSO data. But remember, the devil lies in the detail.

Urban unemployment, meanwhile, was much higher at 7.8% compared to 5.3% for rural India. The real problem was in terms of jobs for the youth, especially in rural areas. For example, joblessness among educated rural young women went up to 13.6% in 2017-18 while the corresponding unemployment figure for educated rural males went up three-fold to 17.4%. Above all, the labour force participation rate (LFPR) rate fell to 36.9% in 2017-18 from 39.5% in 2011-12. The LFPR shows the percentage of the working population or people actively seeking jobs. So then, what does this tell us? Is the demographic dividend faltering?

Explaining the deteriorating jobs scenario, Mahesh Vyas of the Centre for Monitoring Indian Economy (CMIE) is of the view that a fall in employment is hardly surprising if you look at the base case data. For example, GDP growth has fallen sharply post 2012 and was further disrupted post-demonetization. During this period, the investment/GDP ratio fell, capacity utilization fell to 70%, while the PLF of power plants fell to just 60%. These factors combined with the rising bad loans and the falling credit off-take to sharpen the jobs crisis.

Bigger challenge for the Indian government

The problem of unemployment becomes a lot more acute considering the impending general elections since this is a problem that the next government will have to begin with. Minister for Finance Piyush Goyal has justified on the basis of the shift in the nature of jobs from government-driven to self-driven. He may not be entirely wrong but there are some pressing questions. Firstly, did the government’s Skill development program really deliver in terms of hard numbers? That was supposed to bridge the gap between training and application. Secondly, a combination of technology and connectivity is surely making routine jobs redundant but then it is also creating lateral jobs. We need to have clear statistics on how much lateral replacement jobs are being created. Lastly, the government is right that entrepreneurship is also employment but the question is whether the government has really created a conducive atmosphere for entrepreneurs. For a start, the government would do well to at least officially put out the right data set on jobs so that we have a hang of the total problem on hand.