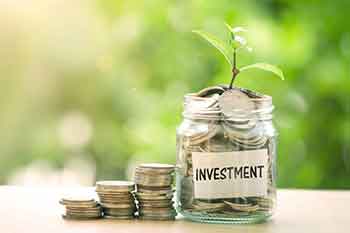 Indian culture has always had a slight bias towards the concept of saving. The concept of working hard to reap the rewards later, or better known as deferred gratification has been ingrained in us from an early stage. It was no surprise then, that when Indians propensity to save dropped to an all-time 15 year low, it came as a shock to many. However, if viewed from the aforementioned global perspective, one might rescind some of their initial skepticism upon reading this headline. The key here, is that a lack of saving does not necessarily indicate a shortage or wastage of money. In fact, it could be an indication of a thriving economy in which people, for a multitude of factors, are choosing to invest their money in various avenues instead of keeping it stashed up at a bank. Given that increased spending is a plus for a developing economy, the Indian government has and can take steps in order to promote an investment culture as opposed to the saving culture. Here’s a few ways in which the government can promote individual investing and investment practices.

The whole concept of saving v/s investing is based on incentive. Rates of interest serve the function of said incentive. If banks offer customers higher interest rates, they would rather deposit their money in a bank and gain returns risk free. However, if the government, rather, the Reserve Bank of India were to lower the repo rate, or the rate at which Banks borrow funds from the central bank, Banks usually also slash the interest they charge on loans. To make up for the fact that they are not gaining as much interest on their lending activities, they slash the rate of interest they offer on Fixed Deposits. This results in 2 things.
Lowering Taxes

For most working/ salaried individuals, investment is perceived as a means of gaining passive income to make some extra cash when you have a stable enough job to spare the money to invest. Naturally, this implies that in order to invest, individuals need to have the ability to invest or in other words, more disposable income. While the government has no purview over the salaries or spending habits of individuals, they do have influence over tax rates.

Governments can, and are known to cut tax rates in order to incentivize expenditure and investment. If for instance, you were earning 10 lakh rupees a year, out of which, as per Indian tax laws, you would pay 2 lakhs, or 20% as tax each year. However, if this tax rate is cut to 15 percent, you would now be paying only 1.5 lakhs as tax, leaving you with an extra 50,000 rupees that you might now choose to invest instead.

While some working individuals might shy away from healthy investment practices due to a lack of funds to invest or due to risk-adversity, others might not invest due to a lack of opportunity. Here is where technological advancements come in handy. As established earlier, most Indians, due to our saving culture, have some savings. While we might want to invest, there might be the lack of facilities to do so, or lack of awareness about opportunities. Technological advancements can help fill this gap. Online discount brokers are a prime example of this. With a simple app, a procedure that is completely online and completely automated, any individual with access to a phone and internet connection could potentially start investing through these discount brokers. A number of other start-ups are also democratizing the investment process and enhancing the financial inclusion of the Indian population. Many of these start-ups have received a considerable boost from the Government’s favourable start-up policies and its focus on financial inclusion.

Investment from individuals might appear small in comparison to public investment by governments and companies, though it plays an integral role in the development of a thriving economy. Increased individual investing ensures an active market that cannot run stale, as well as a health flow and circulation of money. For individuals as well, investing might help them attain more wealth than saving might, despite coming with the added risk.