Read Full Story
In the last few days, we have seen a strange phenomenon in the markets. Firstly, the price of Brent oil, after coming down sharply from $80/bbl levels down to $72, has again moved closer to the $75/bbl-mark. That, in a way, is understandable considering the Iran sanctions. But the Nifty appears to be making new highs on a daily basis. This is the surprising part because the macros appear to be telling a different story.

The RBI has hiked repo rates for the second time in less than two months and higher oil prices hint at higher inflation and a widening trade deficit. Then why is the Nifty rallying so sharply under these circumstances?

What exactly is the story with oil? 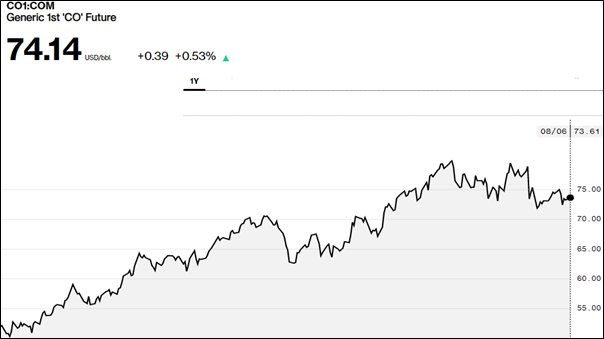 Oil price movements are largely predicated on the twin factors of demand and supply. But oil is never about a single script and there are a number of sub-texts to any oil prices story. What explains the sudden spurt in oil prices?
The 40% rise in oil prices since August last year can be largely explained by the production cut brought about by the Organization of Petroleum Exporting Countries (OPEC) and Russia. That has only been partially withdrawn.
Here is the sub-text:
But why is the Nifty at an all-time high? 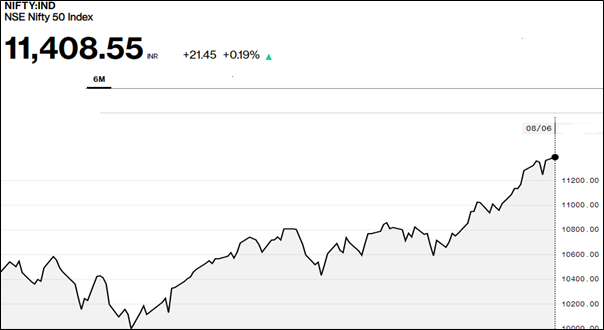 The massive Nifty rally since 2013 was predicated on weak oil prices. The question is why is the Nifty trending up in the last six months when oil prices have been on a roll?

Considering that India depends on imports for 75% of her daily crude oil requirement, this argument is certainly justified. There could be two reasons to explain this rally in the Nifty:

RBI’s masterstroke of front-ending rate hikes: If you noticed the positive reaction of the market to the second rate hike in August, then it was certainly a monetary masterstroke. By combining the rate hike with a neutral stance, the RBI virtually signaled that there would be no more rate hikes in 2018. That element of certainty and predictability has surely helped markets. But above all, two of the most volatile indicators pertaining to the Indian markets -- 10-year bond yields and the value of the Rupee have stabilized. The 8%-mark has emerged as the ceiling for bond yields, while the 69/$-mark has emerged as a ceiling for the rupee. That stability and predictability is worth its weight in gold for the markets. That, probably, explains why the Nifty continues to hit new highs on a daily basis.

In a nutshell, oil prices may be volatile in the range of $70-$80/bbl. In the absence of any extreme price movements, the Nifty is unlikely to be overly worried.