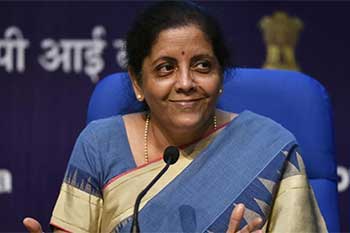 Will the FM's booster dose work for the Indian economy?

The financial system is the nucleus of economic growth and that is where most of the macro problems begin. The FM has made some important announcements towards de-clogging the financial markets and improving flow of credit.

In the last 50 days since the Union Budget was announced by Nirmala Sitharaman, the one thing that captured the imagination of the markets was the higher tax liability on foreign portfolio investors (FPIs) structured as trusts. Combined with falling growth rates and weak consumption demand, the time was ripe for the Finance Minister to mollify the markets with a booster dose. Mollify, she did! The booster dose broadly covered 3 areas i.e. restoring the faith of foreign investors & corporates, reviving the auto sector and de-clogging financial flow. How exactly did the booster dose fare?

Restoring the faith of foreign portfolio investors and corporates
FPI flows into equity are the best barometer of global investor faith. Since the budget, the FPIs have made net withdrawals from Indian equities to the tune of $4bn. Of course, FPIs were investors in debt but that is more about interest rate differentials. Finance Minister announced the following:
The scrapping of the angel tax and rationalizing the CSR obligations were really called for and avoid giving the hounded feeling. However, the FPI exemption still leaves grey areas. It is not too clear if derivatives income will also be exempt since they will not qualify as capital gains. Also, the additional cess on the higher income groups stays till 2022. In the process, India loses out on the investment potential of the class of investors who really have a high marginal propensity to spend and to save.

Reviving the auto sector was much called for
The auto sector was always expected to be the nucleus of the Finance Minister’s booster dose. Some of the key announcements were as under:
The depreciation increase is going to be clearly beneficial to corporate and institutional acquisition of cars. However, the retail appetite is still dependent on low cost funding and that has not really been addressed. The biggest challenge for the auto sector is that for GST purposes it is treated at par with sin products and luxury products. The easiest way to boost growth of the auto sector would have been to reduce the applicable GST rate from 28% to a more reasonable 18%. However, the FM has ruled that out for the time being due to resource constraints. While government thrust to infrastructure is understandable, it is debatable if government’s driving auto demand is a great idea; especially when the endeavour is to keep the fiscal deficit in check.

De-clogging the financial system
The financial system is the nucleus of economic growth and that is where most of the macro problems begin. The FM has made some important announcements towards de-clogging the financial markets and improving flow of credit.
Of these measures, if the time bound GST refunds of 30 days for pending cases and 60 days for future cases can be implemented, it can go a long way in de-clogging working capital. Aadhar based KYC is another important move and will enable the originators and distributors to expand in a big way at low cost. A lot of credit hesitation arises from pressure on bankers. The protection of bona fide decisions must be marketed properly to bankers and above all it must not be subject to arbitrary policy changes.

Repo based pricing is a good way to pass on rate cut benefits seamlessly. However, banks still prefer cost-based pricing. It has been noticed that when forced to accept dynamic pricing, banks find new ways to charge customers like MAB charges. Developing the rupee offshore market is justified since the rupee has lost a lot of its volumes to Dubai and Singapore. But that is a function of volumes, liquidity and also costs (like STT). Unless these are addressed, the offshore market for rupee cannot really take off.

More like Santa Claus; less like the Messenger
The FM has looked more like Santa Claus with year-end goodies rather than the messenger who brings the big news. The focus should have ideally been on the big picture like GST on cars, scrapping of higher surcharge, scrapping LTCG tax, etc. These could have made a substantial difference to investor sentiments. The FM should have also kept the context in mind. Global trade war is escalating, BREXIT is in a state of flux, global economy is slowing and China is getting hyperactive in managing its currency. In such a situation, incremental measures may not really be helpful as is apparent from the stock market reaction to the FM’s announcements. It is time to think out of the box on the economy now!