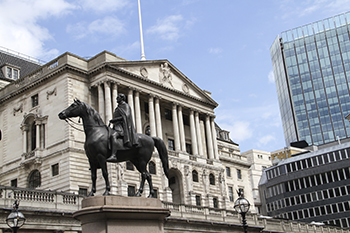 The Bank of England (BoE) Monetary Policy Committee on Thursday has unanimously decided to leave the key interest rate unchanged at 0.10%. The central bank has retained its interest rate and quantitative easing unchanged and raised its inflation outlook citing higher energy prices.

UK GDP is expected to have risen by 5% in 2021 Q2, leaving it around 4% below its pre-pandemic level and slightly stronger than expected in the May Report. After the MPC’s previous meeting, the number of Covid cases continued to rise but has subsequently shown signs of falling back, although there has been a sharp increase in the number of people being asked to self-isolate temporarily. The majority of remaining domestic Covid restrictions have now been lifted. Faster indicators of household spending have been broadly flat, at close to pre-Covid levels, but the housing market has remained strong.

GDP is expected to grow by around 3% in Q3, somewhat weaker than expected in the May Report, with a small negative impact from recent developments in the pandemic. UK GDP is projected to recover further over the remainder of the year, reaching its pre-pandemic level in 2021 Q4, with demand growth boosted by a waning impact from Covid. Further out, the pace of GDP growth is expected to slow towards more normal rates, partly reflecting the gradual tightening in the stance of announced fiscal policy, the central bank said.