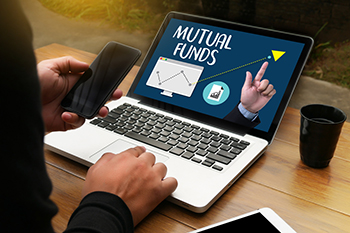 Mutual fund buying and selling is normally a strong signal of the institutional perspective on stock markets. Each month, the mutual funds not only disclose stocks where they added or reduced positions, but also stocks which mutual funds entered or exited completely. Here we look at 3 of the largest Indian mutual funds in terms of AUM i.e. HDFC Mutual Fund, ICICI Pru Mutual Fund and SBI Mutual fund.

What did HDFC Mutual Fund buy and sell in November 2019

With an overall AUM of Rs386,836cr, HDFC Mutual fund remains the largest by way of overall AUM. With close to $21 billion in equity AUM, HDFC AMC remains a pivotal player in the equity market sweepstakes. HDFC MF was quite active in the markets during the month of November in terms churning its equity portfolio.

During the month of November, HDFC AMC added fresh positions in Godrej Consumer  Products, Sun TV and Muthoot Finance. With the ownership issues at Zee, Sun TV appears to be the media stock of choice for funds. Also Muthoot Finance is emerging as a proxy for gold prices in the global market. At the same time, HDFC AMC also exited its positions in stocks like Lemon Tree Hotels, Ashok Leyland and SAIL totally.

Additionally, HDFC AMC also added to its existing positions in GAIL, Ambuja Cements and Sun Pharma. The AMC also reduced its positions in stocks like ICICI Bank, Allahabad Bank and Reliance Industries. Both, ICICI Bank and Reliance Industries have been among the better price performers during the year 2019, with RIL even crossing the Rs10 trillion market capitalization mark. In terms of sectoral mix, financials dominated the HDFC AMC portfolio with a 34% share followed by industrials at 13%.

With an overall AUM of Rs371,000cr, Pru ICICI Mutual fund has been a steady second in terms of overall AUM. With close to $20 billion in equity AUM, ICICI Pru is just a tad behind HDFC in the equity sweepstakes.

ICICI Pru MF also added to its existing positions in some of the group fund schemes as well as in the India Infrastructure Trust. However, the AMC reduced its holdings in SBI, ICICI Bank and Vodafone Idea. Interestingly, both HDFC AMC and ICICI Pru AMC have pruned their stake in ICICI Bank after the sharp rally during the year. SBI appears to be a case of profit booking while the exit from Vodafone Idea may be driven by the recent AGR issue and the continuing uncertainty over its financial viability. In terms of sectoral mix, financials dominated the ICICI Pru MF portfolio with a 28% share followed by materials at 9%.

What did SBI Mutual Fund buy and sell in November 2019

With an overall AUM of Rs320,000cr, SBI Mutual fund has emerged in the last few months as the third largest in terms of overall AUM. However, with close to $26 billion in equity AUM, SBI MF is the largest mutual fund in India in the equity market sweepstakes.

For the month of November, SBI MF also added to its existing positions in some of the PSU stocks like BHEL, SJVN and Power Grid Corporation. However, SBI Mutual Fund also reduced its holdings in Ashoka Buildcon, ICICI Bank and Vodafone Idea. It looks like all the three large AMCs have wound down their ICICI Bank exposure and booked partial profits after the rally. The reduction of stake in Ashoka Buildcon appears to be driven by concerns over infrastructure and road order flows in the future. In terms of sectoral mix, financials dominated the SBI Mutual Fund portfolio with a 42% share followed by energy at 9.4%.

The broad trend for the month appears to be winding down certain stocks after the rally and strategically adding on to relatively attractive plays.