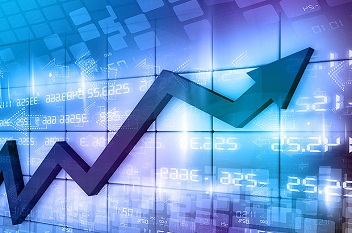 India’s Index of Industrial Production (IIP) witnessed a growth of 0.2% in the month of September, according to two separate data released by the Ministry of Statistics & Programme Implementation (MoSPI) on Thursday.

As per Use-based classification, the indices stand at 112.1 for Primary Goods, 88.4 for Capital Goods, 132.2 for Intermediate Goods and 128.5 for Infrastructure/ Construction Goods for the month of September 2020.  Further, the indices for Consumer durables and Consumer non-durables stand at 125.9 and 149.9 respectively for the month of September 2020.

Brushing aside the de-growth sustained in the previous six months, the IIP recorded a small but heartening YoY rise in September 2020, beating our estimate of a mild 1% contraction. The improvement was broad-based, and three out of the six use-based categories, namely consumer non-durables and durables, and infrastructure, construction goods were able to display a growth in September 2020, which is encouraging. Nevertheless, base effects did contribute to the improvement in the performance of some sectors, such as consumer durables.

A favourable base effect and inventory build up prior to the festive season contributed to the growth in consumer durables. Consumer non-durable too reverted to a mild growth in September 2020, which is enthusing, after the loss in momentum seen in the previous two months. The improvement in primary goods in September 2020 benefitted from the coal and electricity sectors, Aditi Nayar, Principal Economist, ICRA said.

"While the Indian economy has been on a gradual recovery path since Q1FY21, Manufacturing PMI at a multiyear high in Oct 2020 had already given an early signal that the industrial recovery has picked up speed. IIP print in positive zone at 0.2% YoY in Sep 2020 after a protracted period of contraction, reinforces that expectation. While the manufacturing sector has continued to witness a contraction albeit marginal at 0.6%, the electricity and the mining sector have recorded visible output growth at 4.9% and 1.4% respectively. Both consumer durables and non-durable sector have recorded 2.8% and 4.1% growth respectively in Sep as compared to a significant contraction in Aug 2020, partly driven by rural demand and also an expectation of an overall demand pickup in the festive season. It is also encouraging to see a positive growth in infrastructure and construction possibly driven by higher government spending. If the momentum in IIP persists over the next 2-3 months, the extent of contraction in GDP in FY21 may be lower than earlier expectations," Suman Chowdhury, Chief Analytical Officer, Acuité Ratings & Research said.

Markets trade flat amid mixed global cues with Nifty around 17,950

Borosil to shift operations of factory at Tarapur to Bharuch, Gujarat; Stock rises