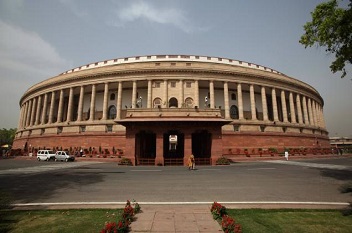 In terms of productivity, this year’s Monsoon session has been one of the most fruitful ones in recent times. All this, despite starting off on a defensive note!

The 2018 Monsoon session, which ended on Friday, August 10, had begun on a with the estranged TDP moving a “No Confidence” motion against the incumbent NDA government. Not surprisingly, the motion was defeated by a huge margin as a few key parties preferred to sit on the fence to keep their options open ahead of the 2019 Lok Sabha elections. Nonetheless, the fact that the NDA government piloted a number of key amendments through the Monsoon session speaks a lot about the economic and political purpose that it has displayed.

Between July 18th and August 10th, a total of 21 bills were passed. Of course, the Triple Talaq Bill has been deferred to the next session, but that is understandable considering the delicate nature of the Bill and the strong sentiments on both sides of the table.

Let us look at some key legislations and amendments passed in this year’s Monsoon session of the Parliament from the perspective of the financial markets.

Insolvency & Bankruptcy Code (Second Amendment) Bill, 2018
One of the major clauses in the amendment is that allottees in a real estate project will now be treated at par with financial creditors. This is in light of the issues related to the projects of the Jaypee Group; the group had defaulted on delivery commitments to the allottees who had booked apartments in their projects. With this amendment, real estate allottees will rank at par with banks as creditors of the company. This amendment will go a long way in protecting the interests of the common folk as well as real estate investors in case their builder defaults. Currently, property owners enjoy no such recourse.

Amendments to the Goods and Services Tax (GST)
In line with the recommendations of the GST Council, the Finance Ministry, spearheaded by interim finance minister Piyush Goyal, was instrumental in pushing through some critical changes to the composite GST Act. These included the GST Amendment Bill, Integrated GST Amendment Bill, Union Territory Amendment Bill, and GST (Compensation to States) Amendment Bill. Some of the key highlights of these amendments include extending the facility of quarterly returns to businesses with a turnover up to Rs5cr. This is likely to substantially contribute towards the ease of doing business for small and medium-sized enterprises (SMEs). However, changes to the “Reverse Charge Mechanism” have been put in abeyance for a period of one year till September 2019.

Fugitive Economic Offenders Bill, 2018
India has repeatedly been recording cases of defaulters like Vijay Mallya, Nirav Modi, and Mehul Choksi absconding from the country after defaulting on loans worth billions of rupees. The only recourse that the government had in such cases was to request extradition from the countries these defaulters absconded to. However, even this was subject to the gravity of the case and the existence of an Extradition Treaty between the two nations. The passage of the Fugitive Economic Offenders Bill, 2018, balances the scales in favor of the government and financial lenders. The Bill allows confiscation of properties of such defaulters who are facing prosecution but have absconded from India. Additionally, government investigative agencies can also attach properties held in Benami names or deliberately transferred into the names of friends and relatives to escape attachment. The idea is to enforce adherence to the spirit of the law.

Amendments to the Negotiable Instruments (Amendments Bill), 2017
There are millions of cheque bounce cases that are currently pending in various courts across India as it is estimated that even a normal cheque bounce case could take 6-8 years to see an outcome. Obviously, that has deterred many payees from adopting the legal route and they prefer to negotiate and reach an out-of-court settlement. With the recent amendment, there is some hope. This amendment to the Bill allows the court to direct the debtor to make a partial payment to the lender during the trial itself or upon filing a case in the event of cheque bouncing. This will not only deter payers from issuing cheques that bounce but will also provide much-needed relief to people who unwittingly accept such cheques.

Miscellaneous amendments that underline political and social purpose
Apart from the economic implications of the above amendments, there were some additional amendments that showed a sense of social and political purpose. Some of them have been summarized as under:

• The Prevention of Corruption Act has been amended and now stipulates prior sanctions before investigating public officials. This should address the feeling of hounding that many public officials have been complaining about.

• The Requisition and Acquisition of Immovable Property (Amendment) Bill, 2017, was also cleared in this session of the Parliament. This amendment had been passed in the Lok Sabha last year but had to be cleared through the Rajya Sabha in this year’s Monsoon session. The amendment allows the government to re-issue the acquisition notice in order to give the property owner an opportunity to present his/her case. This re-issue of notice will also entitle the property owner to interest on the compensation. The amendment was permitted on the grounds of national security.

• The Criminal Law Amendment Bill, 2018, has increased the minimum punishment for raping a woman from seven years to 10 years. The amendment has also explicitly introduced the death penalty for rape of a girl child under 12 years of age.

In a nutshell, the Monsoon session has not only been productive for the people, but also for the incumbent government as it has made some reformist, socialist, and political noises at the right time.