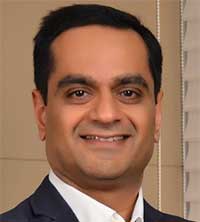 Parag Chheda, is widely acknowledged as the person who changed the prospect of the Indian plastic industry for the better, is a result-driven entrepreneur with a degree in business administration from the US. He is associated with Prince Pipes &Fittings Pvt. Ltd. since 1994 and his expertise and experience has brought strategic management, leadership and a host of business achievements to the table. His firm belief in Information Technology as a tool to enhance the efficiency of business process has driven the company to keep pace with global developments. Chheda has an extensive experience in technical planning, re-structuring operations, marketing, pitching for an overseas tie-up, and resource management.

Prince Pipes and fittings Limited is recognized as one of the leading PVC pipes & fittings manufacturers in India in terms of production capacity. Headquartered in Mumbai, India, it has 5 manufacturing plants all over India (2 in Silvassa and 1 each in Haridwar, Chennai &Kolhapur).Their story starts back in the early 1960s when Mr. Parag Chheda’s grandfather migrated to the city of Mumbai from Kutch, Gujarat.

In an interaction with IIFL, Parag Chheda, Joint Managing Director, said that the company has already filed DRHP with the market regulator SEBI, and expects to list in the last quarter of the current fiscal.

Company is planning to raise money from the primary market. How soon can we expect IPO of the company?
We filed our DRHP with the market regulator SEBI on September 27, 2017. The approvals will take its due course; however, we expect the SEBI approval by November. If the approval comes in November, we are looking at listing in the last quarter of the current fiscal.

What are company’s plans to utilize the net proceeds from the IPO?
The proceeds from the net issue are to be utilized for (i) Repayment or prepayment of certain outstanding loans of the Company; (ii) Financing the project cost towards the establishment of a new manufacturing facility; (iii) Upgradation of equipment at our manufacturing facilities; and (iv) General corporate purposes.

A detailed table mentioned below for the utilization of funds.


Can you throw some light on your organic or inorganic expansion plans going forward?
For growth of any business, we need to look out for both organic and inorganic growth opportunities and that is the normal course of business for any organization. Talking about our company we would be investing in our two upcoming plants in Jaipur and Telangana on the organic expansion side. Talking about inorganic growth options, the company would explore any opportunity only after 2019, provided the options we are looking at are available at a decent valuation.

Where do you see Indian Piping Industry in future?
The government has taken several steps with heightened thrust, to augment irrigation, urban infrastructure, and real estate. Schemes like Pradhan Mantri Krishi Sinchai Yojana and urban schemes like Jawaharlal, Nehru National Urban Renewal Mission (JNNURM), AMRUT, Swachh Bharat Mission, Smart Cities Mission and Housing for All scheme are likely to boost the need for pipes in the country.

Other than government schemes, demand will also be supported by an increase in private sector investments, primarily in the real estate sector. CRISIL Research expects demand for plumbing pipes to grow with the rise in construction activity in metros as well as tier-II and tier-III cities to drive demand for plastic pipes and fittings.

Plastic pipes are primarily used in irrigation and WSS projects. The major demand sources are public sector projects undertaken by central, state and municipal level bodies where an increased spending can be witnessed to improve the accessibility of water for an ever-increasing population.

Apart from the above, one cannot ignore the 1.8 billion sqft of housing supply under execution across select cities, which is also likely to boost demand for Plastic pipes.

How is GST impacting overall business and sector?
There has been a temporary pressure on the volumes post the implementation of GST with effect from July 1, 2017, but we are now witnessing pick up. We are of the opinion that in the long run, GST would help the company grow as the unorganized segment gradually moves towards the organized players.