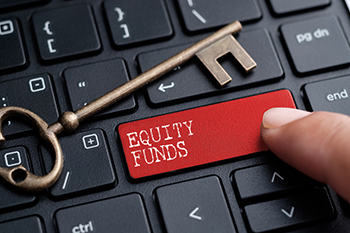 If you have been investing in mutual funds for a long time, you may have noticed a small difference. Funds are no longer charging an entry load when you invest as a lump-sum or as an SIP. This is because entry loads were banned by SEBI in 2009. However, it was only effective 2013 that SEBI asked all mutual funds to clearly distinguish between Regular Plans and Direct Plans while announcing daily NAVs.

Look at the samplers below:

As can be seen in the above chart, for both Dividend and Growth options of Axis Blue-chip Fund, there is a Regular Plan and a Direct Plan. Interestingly, for both the Growth and Dividend Options, the NAV of the Direct Plan is more than the NAV of the Regular plans. Why is that?

How direct plans are different from regular plans?
When an AMC runs a mutual fund, there are a lot of costs associated with it. There is the cost of running the fund such as fund management fees, advertisement costs, statutory charges like GST payable on services & brokerage on transactions, a registry fee payable to the registrar, and above all, there is a huge component of marketing fees that is payable to distributors, brokers, sub brokers, and commission agents for selling the fund. All these costs are jointly referred to as the Total Expense Ratio (TER) and are debited to the NAV of the fund on a daily basis.

However, there is a catch. When entry loads were collected, these would be paid out as commission to agents and brokers. But with entry loads banned, what can be done? This is why in 2013, SEBI asked mutual funds to classify each investment option into a Direct Plan and Regular Plan.

How does one know the difference between a Direct and a Regular Plan?
When you fill up the application form (offline or online), you will have to select the appropriate plan. It will automatically be posted as a Direct Plan if you choose the Direct Plan option; consequently, a lower TER will be charged to you, and your NAV will be relatively higher than the Regular Plan. Remember, when you apply for a mutual fund through a broker or your bank, it will automatically get registered as a Regular Plan.

For the Direct Plan, you need to directly interface with the AMC of the fund. Post-January 2013, all mutual funds are required to classify the same fund scheme under two categories viz. Direct Plans and Regular Plans. In the case of SIPs, once you choose the Plan, you have to continue on that plan only.

Does a Direct Plan really add value over a Regular Plan?
The best way to understand the difference is by looking at the live data of both the plans on a sample of two funds. We have considered a monthly SIP of Rs10,000 and started the SIP only from January 2013 when the segregation of Direct Plans and Regular Plans was introduced. The table captures the gist of the outcome.
(Source: Value Research)

Opting for a Direct Plan: Here is what you should be wary of

When you opt for a Direct Plan over a Regular Plan, keep the following in mind: