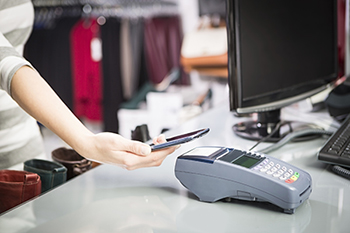 Does paying the minimum amount due invite maximum trouble?

Let us first get clarity about how the minimum payment system works. At the end of the billing cycle the customer has an option of paying the complete outstanding amount or the minimum amount due.

Ashima was shocked to see her credit card statement. She knew she had indulged and had gone overboard when swiping her credit card last month. But what she saw in the statement still shocked her. Blame it on the festival season! She got a sense of relief when she saw the “minimum amount due” box. She was relived she could manage at least paying that!

Ashima’s woes were not over! Her next month’s statement revealed that she still had a huge amount to pay (due of the previous billing cycle plus the current one) but also a big chunk of charges had also been slapped on her!

You have to pay interest on the unpaid amount:

Let us first get clarity about how the minimum payment system works. At the end of the billing cycle the customer has an option of paying the complete outstanding amount or the minimum amount due. However a customer must remember that paying the minimum amount means that though it is not considered as a default and no reporting is done to CIBIL but the customer still has to pay interest on the unpaid amount. The credit card company extends you credit for a specified period only; which ends with each billing cycle. If you wish to extend the credit beyond that period you will (obviously) be charged interest. When you pay the minimum amount due the unpaid amount attract charges and these charges keep on getting accumulated till you do not pay the entire due amount.

Not only the unpaid amount from the previous cycle but fresh transactions also attract finance charges. These charges vary from card issuer to card issuer and also as per the type of card. Citibank charges between 3.10% pm to 3.40% pm which makes it 37.20% to 40.80% annualized. For HDFC it ranges from 1.99% pm (23.88 annually) to 3.4% pm (40.8% annually) depending on the card type. So next month the customer has to pay the entire amount, plus fresh transactions and finance charges on both.

Could lead to debt trap:

Depending on revolving credit too much can lead to the borrower falling in a debt trap. The option of paying the minimum amount due should be exercised when there is absolutely no choice and that too rarely. It should not be done as a habit or a convenience. Not only extending the credit very expensive, one could end up paying close to 40% (personal loans are also cheaper than this) as finance charges (see above paragraph) but it is bad financial discipline.  The following billing cycle you will be burdened with a bigger challenge due to the additional finance charges. Doing this month on month can easily lead to a debt trap where in you are so entangled in the cycle of revolving credit that it might be difficult to get out. As the charges keep accumulating breaking the cycle becomes more challenging.

At times a lifeline?

There might be times when you are faced with a temporary liquidity crunch not due to lack of financial planning or going overboard on your credit card spending but some unforeseen circumstances. This could be condition like a reimbursement bill delayed, a medical emergency etc; in such a scenario the option of just paying the minimum amount due can be very useful.  Rather the not paying at all and attracting penalty for nonpayment along with adverse affect on the credit rating this option could be exercised. When you pay the minimum amount due then it is not considered as a default and it is not reported to CIBIL. This ensures that your credit rating is not affected due to this. While you do pay the interest on the unpaid amount there are no late payment charges.

To put it in a nutshell paying only the minimum amount due as a matter of choice is a poor financial decision. Revolving credit is the most expensive loan, it can lead to a debt trap and doing it month on month reflects poorly in the CIBIL score (due to high credit utilization ratio). This option can however be immensely useful if used once in a while judiciously; it should be considered a temporary solution and the unpaid amount should be cleared as soon as possible. Understand your card well and make sure you use it to your advantage.