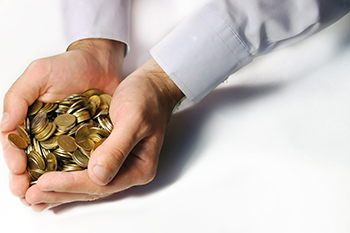 People complain a lot about aging but backed by several studies, there are some upsides, especially at your 40s, when building wealth is much easier. For most people, hitting 40 opens does to great opportunities. This decade in life is characterized by a bigger paycheque and low debts. This is the time one time in your life when you sit, relax, and breathe. You can now afford several night in the town without fearing the credit bills. By now, you already have a pretty chunk set aside for your children’s higher education and the mortgage is almost fully paid off. This financial momentum should inspire you to achieve much more. Keep in mind that, after 40s, retirements will be at your heels.

Most workers have been found to reach a pick of their earning once they hit 40 years of age. According to a recent study by the Office for National Statistics, persons within the age of 40 to 49 years expected their pay to increase. The same study also found out that, the salaries fall suddenly during their 50s.

Friends Life, a pension and retirement specialist, conducted an analysis on the ONS data and found out that the majority of workers between the age of 40 to 49 years saw their wage rise to about £33, 459 in average, and fell to about £33, 059 upon hitting 50 years. In addition, by the time they are in their 60s, the average income drops by 6% to £31,052.

This indicates how critical it becomes to save more during the peak season of your life. At the same time, avoid using up your pension savings to repay any debts accumulated over time. Going by the findings by the Friends of Life, you save the least amount few years before your retirement decade since by this time, you salary has significantly reduced will your household spending go to the roof.  The research also found out that, most people were more likely to be in debts during their 50s while others reported taking half of their earning to pension.