x
Home » Top News » How Long should long-term be in investing? 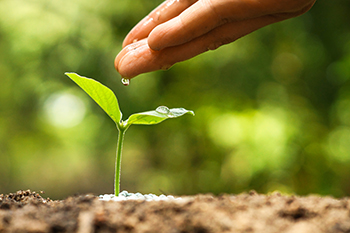 How Long should long-term be in investing?

The words “long-term” invoke images of a far-off summer day, a pleasant valley, and a happy family. Most advertisements would then continue in that strain to imply that all this, and more, can be possible through long-term investments. Lucrative as they are, most people would still be confused by what constitutes a long-term investment? Investing for a marriage may take 5 years, a house 15 years and children’s college fees around 20. All these are examples of long-term investments of varying lengths.

To support this, you can draw upon some hard-hitting research on the basis of the BSE. By this,you can also tend to find a median which you can use a benchmark.

Before you begin, let’s take a couple of parameters into consideration-
The probability of achieving these return within a time period comes to something like this,

The six-series’ mentioned in the graph are in order of the six rates of investments which have been set as targets.

This takes into consideration some high-performing and a low-performing stock. And as can be seen from our initial premise, the investments top out around the 10-year period.

Statistically speaking, a period of more than 10 years may be considered only of academic interest as a decade is really as far as you can see.

From analysis, you can notice the following facts-
Thus, you can take an optimum measure of the 6-7-year period as the best median in which to invest for the “long-term”

In general, a 10-year cycle would help us to reach a plateau after which our stocks’ value would either fall or remain constant. Within this phase, it’s better to cash out in the 6-7-year period and invest in the new big thing.