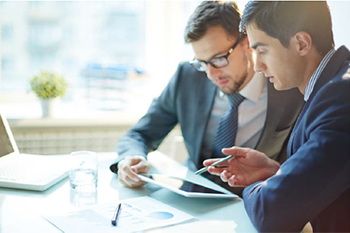 The two clashes on July 1 were billed as the big stage for two of the finest soccer stars of the modern era; Lionel Messi and Cristiano Ronaldo. Ironically, both the teams had to exit on the same day. Argentina was overpowered 4-3 by France, while a visibly hungry Uruguay put an end of Portugal’s hopes. In a way, July 1 turned out to be the swansong for both. But, that is not the point. The highlight was surely the high stakes and high speed game between France and Argentina. While it was a high adrenaline game with its ups and downs, there were a lot of sub-plots within the game. And finally, the better team won.

Remember, trading in the markets is also about speed, accuracy and capitalizing on opportunities. Here are six key takeaways from the French victory over Argentina for traders.

France had a clear plan in place

In a contest when the two teams were well matched in speed and skill, planning made the difference. Even for the casual observer of the game, it was quite apparent that France had done their homework and had a clear plan for defence, attack, targeting and for strengthening the mid-field. Their strategy of tying down Messi also worked quite well. That is the key message to all traders. You are not trading in a vacuum but in the midst of hundreds of very smart and suave traders. It is therefore essential to start off with your plan clearly in place. That includes your plan with respect to creating positions, cutting positions and sitting out if required.

When a team is down 2-1, it is quite natural to panic and get demoralized. That is when shoulders start dropping. France just did not let that happen when Argentina took that vital lead. The moment France noticed the chink in the Argentine armour, they just pushed and scored three goals in no time. That is how a cool head helps you to think rationally and decide a case on merits. In trading, it is long accepted that when you panic, you actually subsidize the other trader who does not panic. You have a limited time window and a cool head works best. In fact, keeping a cool head is really tested when the chips are down.

Argentina left its defences exposed for a short period

Have you ever tried to trade without a stop loss? Have you ever tried to forget about protecting your capital? You would have surely come across some hard lessons when you let your defences down while trading. That is exactly what Argentina did. The moment they went 2-1 up in the game, they adopted an ultra-aggressive approach to the game. In the process they left their defences exposed. France just made the best of the situation and knocked three goals in a short span of time. That brief letting down of defence proved extremely costly for Argentina as they could never really recover. Always be cautious about your defences when it comes to trading.

Get all your pieces together at the same time

Argentina relied purely on speed and push, while France relied on speed, push and strategy. Speed alone would not have permitted France to see the chink in the Argentine armour and capitalize on it. That is where strategy took over. France also got its strategy quickly on reinforcing its midfield consisting of the redoubtable Pogba. The mix was perfect. As Matuidi stayed close to Messi to limit his movement, Pogba was clearing the midfield to create opportunities. That is what you need to do in trading. Aggression alone will not get you too far. You need to reconcile that with a smart strategy too. And manage your risk too!

Identify the key issue and just target it

Have you ever wondered why you lost money in trading? If you introspect quietly, you will realize that trading losses typically occur because you ignore that one key issue which is creating the losses in the first place. It could be how you identify an opportunity, how you manage positions or how quickly you exit positions. In the case of France, the key issue was to constrict the movement of Messi, which is what Matuidi did. That just opened up the midfield widely for the French as they took that vital lead over Argentina.

The old order changeth so keep an eye out

Kylian Mbappe is not a man you can forget in a hurry. He bears a stunning resemblance to Pele in looks and in his ability to dribble, although it may be too premature to compare him with the legend. The point is that every match signals a new order. In 1958 it was Pele, in 1986 it was Maradona and in 2018 it could be Kylian Mbappe. Incidentally, Mbappe is the youngest to score at least two goals since Pele in 1958. What does it mean for your trading lesson? The old order keeps changing. The era of Messi and Ronaldo is coming to an end and the era of Mbappe could be beginning. Keep an eye for the next star stocks for trading. That could be the biggest takeaway for traders from the Argentina-France decider.