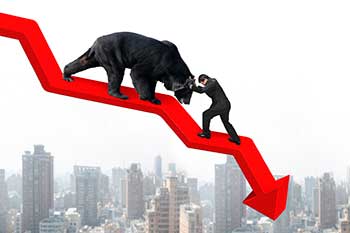 Banking stocks were under pressure on Thursday however the downside was at a slower pace as privatisation news take rounds. Bank Nifty witnessed a broad-based selloff with heavyweight private banks taking a massive toll. The index has hovered between an intraday high and low of 37,475.65 and 37,118.40 respectively.

On the downside, AU Small Finance Bank was the top bear down by 1.6% followed by heavyweights ICICI Bank and IndusInd Bank slipped more than 1% each.

As per reports, the government is expected to introduce a bill to take their privatisation process ahead in the Parliament's winter season.

Reports have already highlighted two banks to be shortlisted for privatisation. However, no official statement has been made.

This strategic sale is part of the government's divestment target of Rs1.75 lakh cr for the current fiscal.