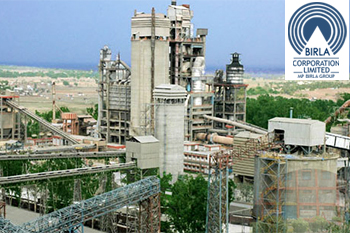 Birla Corporation Limited garnered a net profit of Rs 142 crore in the quarter ended 30 June-more than double compared with the same period last year and a tad higher than the June quarter of FY2019-20 despite volumes bearing brunt of the lockdowns in the first two months of the quarter.

The company sold 3.35 million tons of cement in the June quarter, registering a growth of 38.4% over last year. But sales by volume were 8% lower than the pre-pandemic levels in Q1 FY2019-20.

Meanwhile, Revenue for the June quarter at Rs 1,758 crore represents a growth of 41.7% over last year, while EBITDA rose 40.1 % year-on-year to Rs 353 crore. Cash Profit was higher by 68% compared to the corresponding quarter the previous year and just 5% lower than the highest ever Q1 cash profit recorded in 2019-20.

"The Company has exhibited resilience in posting a strong quarter in the midst of significant challenges," stated Harsh V. Lodha, Chairman of the company.

The company's realisation per ton for the June quarter at Rs 4,933 was up at pre-pandemic levels and 0.5% higher than the same period last year despite a contraction in cement prices in recent months in the central and northern markets. The company maintained a healthy capacity utilisation of 90% for the June quarter, which was among the best in the industry.

Arvind Pathak the Managing Director & Chief Executive Officer of the company said that "A good Kharif crop should boost farm income and as the monsoon abates, it is expected that cement companies will be able to pass on a portion of substantial price increase in input costs." He also said that the effort to ramp up the manpower availability at the Mukutban project will enable the company to complete the project in the shortest possible time frame.

Pathak added, "We are confident now that the project will be commissioned in the fourth quarter of the current financial year."

Meanwhile, the Chairman also said that demand for cement barring the seasonal monsoon remains strong, somewhat undeterred by the pandemic and its impact on the Indian economy. With the commissioning of the Mukutban project now clearly in sight, the Company will embark on the next phase of growth to enhance its capacity to 25 Million Tons.

On Friday, Birla Corp stock will be in focus after Q1 earnings. In the previous day, the stock closed at Rs1387.80 per piece up 1.9% on Sensex.