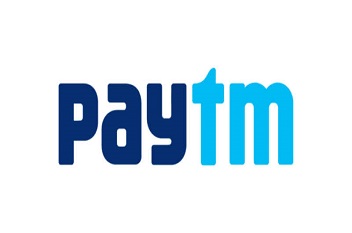 India’s leading digital ecosystem for consumers and merchants Paytm’s IPO is around the corner and of course, there is a lot of talk about the valuation of the company. The Vijay Shekhar Sharma-led company currently holds a valuation of $16 billion and is looking to raise $2.2 billion through its IPO, which is touted to be India’s largest-ever market debut.

With the IPO reportedly set to hit the market, Aswath Damodaran, the award-winning Professor of Finance at the Stern School of Business at New York University, who is also known as the dean of valuation has pegged Paytm’s valuation to be at $20 billion. He has priced Paytm’s share at Rs2,190.24.

Damodaran, who has done an analysis on Paytm’s market offering in his most recent Blogspot, said that “Paytm will continue its dominance of the Indian mobile payment market, while that market continues to grow. Along the way, its management will focus more on converting transactions on its platform into revenues and revenues into operating income.”

Recently in an interview with an Indian news channel, Damodaran had said that he would place his bets on Paytm. “Paytm has some real potential because I think this is a business which is huge, payment processing and financial services is huge. If I can get Paytm at the right price, I would want it in my portfolio,” said Damodaran.

The NYU Stern professor claimed that Paytm’s growth and rise over the years is also linked to India’s booming smartphone market, with users going for digital services as access to the internet gets cheaper in the country. This also includes the rise of digital payments. “Access to these smartphones, in conjunction with poor banking outreach in India, has created the perfect storm for a surge in mobile payments in India,” he wrote.

Even in his blog, he writes that the value story for Paytm starts with a large and growing digital payment market in India, one that has surged over the last four years, and is expected to increase five-fold over the next five years, as the smartphone penetration rate rises for India and more merchants accept mobile payments.

As challenges for the company, Damodaran listed take rate, turning profitable and a watch on its sales to invested capital ratio.

Paytm offers payment services, commerce and cloud services, and financial services to 333 million consumers and over 21 million merchants, as on March 31, 2021. Paytm is India’s largest payments platform based on the number of consumers, number of merchants, number of the consumer to merchant transactions and revenue, as of March 31, 2021, and with a FY21 GMV of ₹4,033 billion. Paytm is the largest payment gateway aggregator in India based on total transactions, with the widest ecosystem of payment instruments.  The company’s lending business (offered in collaboration with financial institution partners), includes personal loans, merchant loans, as well as its Buy Now, Pay Later product Paytm Postpaid. Paytm’s financial institution partners disbursed 1.4 million loans in Q4FY21.