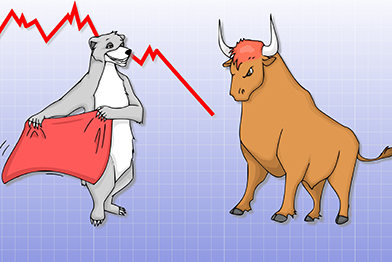 IT company stocks have taken a different route, unlike volatile broader markets. Although, Sensex and Nifty have recovered their early losses yet IT stocks continued to trade on its bearish stance that has been held since the start of Monday's session.

The Nifty IT index was under pressure as heavyweight stocks such as TCS and Wipro entered into a steep fall. Investors booked profit in growth stocks as they looked overbought, however, technology stocks continue to be among top picks.

Oracle Financial Services took lead in the gaining list surging by 1.4% followed by Coforge and HCL Tech advancing by 0.6% and 0.5% respectively.

Mindtree was 0.3% up, while Infosys was marginally higher.

Tech Mahindra fell by 0.5%, while L&T Infotech was marginally down.

Technology stocks in the past couple of days were back in investors shopping lists despite their valuations as concerns cooled down about consumer price pressure. Inflation has jumped in past months and continues to see an upward movement, however, investors were convinced that the surge will be temporary. This made this sector attractive on stock exchanges.

However, at the beginning of this week's trading session,  technology stocks took a hit at home tracking weak global cues as investors contemplate the surprise hawkish shift last week by the U.S. Federal Reserve and also expect raising of benchmark interest rates to begin from early next year.

Also, the downside in the Indian rupee against the U.S. dollar on Monday added to woes as the American currency strengthened.

Last week on Friday, on Wall Street, the tech-heavy Nasdaq Composite also saw weakness despite being the outperformer this week.

Even still, technology stocks are seen as good picks by brokerages.