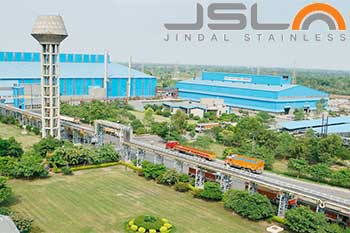 Jindal Stainless on Thursday clarified various queries from certain investors. The company pointed out a buzz that was circulated on social media clubbing the name of the Jindal Stainless along with the companies which have the highest promoter pledging.

In its regulatory filing today, Jindal Stainless said, "In this regard, the Company has in the past clarified its position and reiterate that such information is misleading and do not represent the true picture."

"The Company to give assurance to its shareholders, would again clarify that there is NO loan raised against the above-mentioned shares (LAS) and therefore there is no linkage between the pledged shares and their market value. Accordingly, there is no requirement of maintaining any margin, since the aforesaid shares are offered only as a collateral / secondary security and the operating companies assets remain as the primary security," Jindal Stainless added.

Further, Jindal Stainless said that in fact, the rating agencies viz. CRISIL and Fitch’s India Ratings have recently upgraded the Company’s credit ratings for long term credit facilities of “A+” with the key reasons being accelerated deleveraging, prepayments of debts along with strong operating performance leading to a healthy balance sheet.

Lastly, Jindal Stainless said that the Promoters of the Company are one of the reputed business houses in India for decades now and have continuously shown their commitment to all its stakeholders.