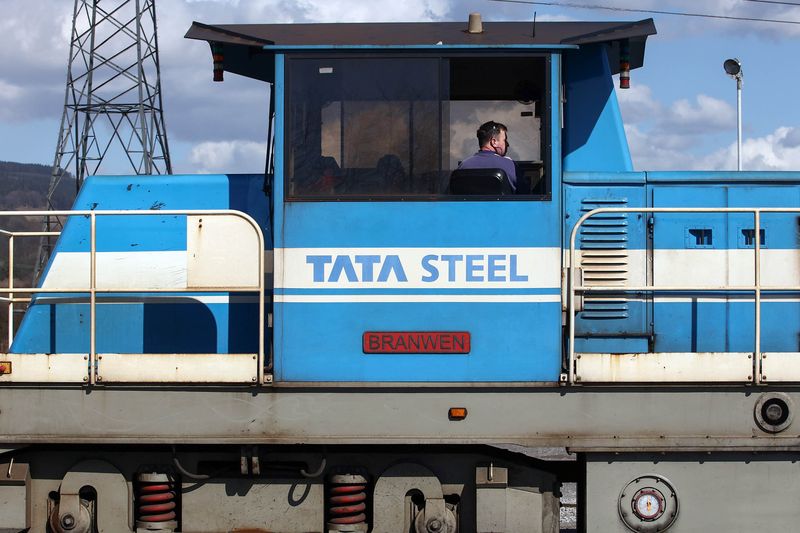 S&P Global Ratings has raised its ratings on Tata Steel to 'BB' on significant expected deleveraging. The rating agency has assigned a 'Stable' outlook.

In its rationale report, S&P said, "We estimate Tata Steel's adjusted debt (including customer advances and securitized receivables, among other standards S&P Global Ratings adjustments) will fall to about Indian rupees (Rs) 600 billion (about US$8 billion) by fiscal year ending March 2023 in our base case, from about Rs915 billion as of March 2021."

S&P further said, "We expect capex of about Rs110 billion annually, up from about Rs70 billion in fiscal 2021. In our base case, we forecast the company's EBITDA and free operating cash flow of about Rs1 trillion and Rs350 billion–Rs400 billion, respectively, over fiscals 2022 and 2023. This is despite our assumption of a 10% decline in steel prices in fiscal 2023 from the current level."

Further, S&P added, "We expect the company's ratio of funds from operations (FFO) to debt to remain above 25% even at mid-cycle prices, a level at which we estimate the company's EBITDA per metric ton to be about half the current level. Furthermore, we estimate Tata Steel's FFO-to-debt ratio at about 15% at the bottom of the steel cycle, well above the 6% the company reported in fiscal 2020. The improved resilience of the company has reduced downside rating risk, in our view."

Also, S&P said that it believes the commissioning of the ongoing 5 million tons per year capacity expansion at the Kalinganagar facility will significantly strengthen the company's credit profile over the next three to four years. This is especially so since the facility will be added without material debt and will improve Tata Steel's profitability with accompanying cold-rolled mill and pellet plant facilities also being set up. In addition, we expect the company's European operations to be EBITDA positive in the forecast period, although its contribution to the group's overall earnings will be small.

"The stable outlook reflects our expectation that Tata Steel will continue deleveraging to improve its resilience to downturns. At current steel prices and expected debt levels, the company's FFO-to-debt ratio will likely exceed 45% over the next two years. The outlook is based on our expectation the company's FFO-to-debt ratio would remain well above 25% even if steel prices decline to mid-cycle levels," S&P said.