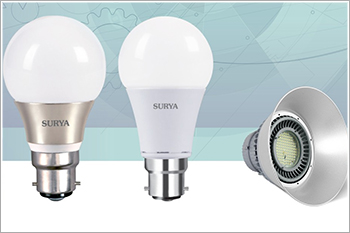 The company reported a sustained revenue growth momentum on YoY basis, primarily led by value-added products and higher steel prices across the businesses.

Surya Roshni Limited, the largest exporter of ERW Pipes, largest producer of ERW GI pipes and one of the largest Lighting Companies in India, has declared its unaudited financial results for the quarter and half year ended September 30, 2021.

The company’s long-term credit rating upgraded to AA- from A+. Steel Pipes and Strips EBITDA/MT at Rs4,060 a growth of 22.6% YoY for Q2FY22. The company reported a sustained revenue growth momentum on a YoY basis, primarily led by value-added products and higher steel prices (HRC) across the businesses. Further reduced the debt by Rs53cr in Q2FY22 and finance cost has also reduced by 13% in Q2FY22.

Exports contributed 23% to total Steel Pipes business. The volume and value growth is 50% and 178% respectively for Q2FY22.

“The product portfolio of Steel Pipes and Strips segment is continuously strengthening with increase in the share of value added products viz API Coated Pipes to 14%. The volume and value growth has been 97% and 147%, respectively during Q2FY22.

The prolonged rains, sluggish market conditions and high steel prices affected the volume growth in trade business. Further, volume growth and profitability could have been significantly better if the commodity prices would have remained stable,” company said.

In Q2FY22, the company continued to maintain healthy pace of order book in exports and API coated pipes. The Order book stood over Rs1,000cr including export orders of Rs350cr. LED revenue grew by 15% yoy during Q2FY22 backed by value added products like LED battens and down lighters. The share of new age products also increased in the product mix.

“Higher than anticipated decline in conventional lighting and inventory correction at the dealer level suppressed topline. The company undertook proactive price hikes from time to time, but higher raw material prices (metal and imported components), freight costs and gas prices had an impact on the EBITDA margin. The company won a tender of Rs41cr (excluding GST) for installation LED streetlights with operation and maintenance of 7 years for Greater Noida Industrial Development Authority. The total order book of professional lighting (including monumental lighting) stood over Rs70cr.

Commenting on the results, Company’s Managing Director, Raju Bista, said, “the company reported a sustained growth momentum on YoY basis, primarily led by strong contribution of value-added products across businesses. By maintaining the “Customer First” philosophy at its core, Surya Roshni over the period has transformed both Lighting & Consumer Durables and Steel Pipes & Strips businesses as self-sustaining, self-propelling businesses in terms of earnings, debt repayment and growth, leading to continuous upgrade in the credit rating. As Surya approaches towards its Golden Jubilee year in 2023-24, the company expects to accelerate the growth momentum further and endeavors to be a debt-free company.