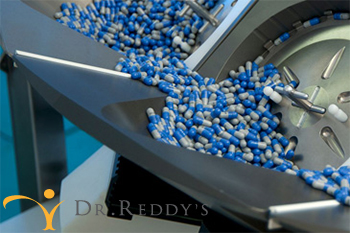 "XL 114 has shown potent anti-proliferative activity in lymphoma cell lines that have aberrant activation of the CBM signaling pathway and may have a differentiated profile and potential as a best-in-class molecule that could improve outcomes for patients with Non-Hodgkin's lymphoma and other hematologic cancers."

XL 114 is the second molecule that Exel ix is in-licensed from Aurigene under the companies' July 2019 collaboration, option and license agreement. Exelixis previously exercised its option to inlicense XL 102, a potent, selective and orally bioavailable inhibitor of cyclin-dependent kinase 7 (CDK7), from Aurigene in Dec 2020 and initiated a phase 1 trial of XL 102 as a single agent and in combination with other anti-cancer agents in patients with advanced or metastatic solid tumors in January 2021.

"We are pleased that our agreement with Aurigene has generated a second promising compound that warrants advancement into clinical development and believe the collaboration will continue to play an important role in expanding our pipeline," said Peter Lamb, Ph.D., Executive Vice President, Scientific Strategy and Chief Scientific Officer, Exelixis. "XL 114 has shown potent antiproliferative activity in lymphoma cell lines that have aberrant activation of the CBM signaling pathway and may have a differentiated profile and potential as a best-in-class molecule that could improve outcomes for patients with Non-Hodgkin's lymphoma and other hematologic cancers.

Under the terms of the July 2019 agreement, Exelixis made an upfront payment of $10 million for exclusive options to obtain an exclusive license from Aurigene to three preexisting programs, including the compounds now known as XL 102 and XL 114. In addition, Exelixis and Aurigene initiated three Aurigene-led drug discovery programs on mutually agreed upon targets, in exchange for an additional upfront payment of $2.5 million per program. The collaboration was expanded in 2021 to include three additional early discovery programs. Exelixis is also contributing research funding to Aurigene to facilitate discovery and preclinical development work on all nine programs.

Exelixis may exercise its option for a program at any time up until the first IND for the program becomes effective. Having exercised options on two programs thus far (XL 102 and XL 114), if and when Exelixis exercises a future option, it will make an option exercise payment to Aurigene and assume responsibility for that program's future clinical development and commercialization including global manufacturing. To exercise its option for XL 114, Exelixis will make an option exercise payment to Aurigene of $10 million. Once Exelixis exercises its option for a program, Aurigene will be eligible for clinical development, regulatory and sales milestones, as well as royalties on future potential sales of the compound, Dr Reddys Laboratories Ltd said.

Under the terms of the agreement, Aurigene retains limited development and commercial rights for India and Russia.