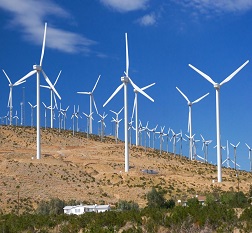 Further, with improving tariff competitiveness of renewables particularly in the solar and wind power segments, the renewable power policies in several states have been amended over the last 3-4 year period. States have either completely withdrawn or reduced the concessions / incentives on open access charges, in respect of procuring power from solar and wind power projects under the open access route.

Commenting further, Mr. Girishkumar Kadam, Senior Vice President & Co-Group Head- Corporate ratings, ICRA, said, “The overall open access charges for third party based IPPs vary widely across the key states ranging between Rs. 2 - 5 per unit and have shown an increasing trend over the period, given the limited progress in tariff rationalisation for the grid tariffs set by the SERCs for the state-owned distribution utilities (discoms)."

"Further, state-owned discoms in most cases show a passive resistance, due to apprehensions of losing cross-subsidising / high tariff paying commercial & industrial (C&I) customers. This poses regulatory headwinds for capacity addition in open access segment for the renewables over the medium term. However, demand for such PPAs with C&I customers is favourable, supported by tariff attractiveness, given the extent of discount offered in such PPAs against the applicable grid tariffs as well as growing voluntary sustainability initiatives of corporate customers, as seen recently,” Mr Kadam added.

As per ICRA, the tariff competitiveness for group captive projects is relatively superior due to non-applicability of cross-subsidy surcharge and additional surcharge (except in Maharashtra) as against third party sale under open access.

However, policy clarity on the proposed amendments in the eligibility criterion of w.r.t. the ownership / equity structure for group captive projects is still awaited and thus, the same remains a monitorable.

Mr. Vikram V, Vice President & Sector Head - Corporate Ratings, ICRA, adds, “Despite these challenges, the credit profile of renewable projects in the open access segment remains supported by a mix of factors such as relatively better tariff expectations by about Rs. 1.0 - 1.5 per unit against the tariff discovered in the utility segment and their ability to ensure tariff competitiveness for the C&I customers. Further, the presence of diverse and credit-worthy C&I customers remains another supporting factor for the credit profile of most open access-based IPPs in the ICRA-rated portfolio”.

Notwithstanding the regulatory headwinds in the open access segment, the outlook on the renewable energy sector remains stable. This is given the improved tariff competitiveness of renewables, must-run status availability in regulatory framework leading to satisfactory operating track record, a dominant share of capacity addition expected to continue in the utility segment as well as availability of liquidity buffer (which is mix of debt service reserve account and access to working capital limits) for the issuers rated.