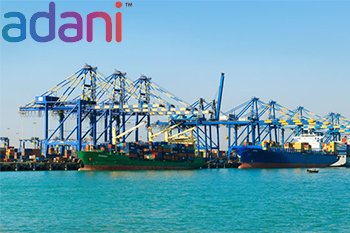 Adani Ports on Wednesday clarified over media reports that claimed that Nordic fund KLP divested from the company over links to Myanmar military.

In its regulatory filing, Adani Ports said, in the context, we would like to inform you that we have communicated in Q4 FY21 results presentation and also in the Integrated Annual Report FY21 that the Company has a zero-tolerance policy which ensures that there is no contravention of the US and other sanctions. The Company is in discussion with its US-based counsels to ensure that the Company is in compliance with the OFAC sanctions programs."

Adani Ports further said, "In a scenario wherein Myanmar is classified as a sanctioned country under the OFAC or if OFAC opines that we are in violation of the current sanctions, the Company has plans to abandon the project and will write-down its investments in the Project in full. The write-down will not materially affect the balance sheet as it is equivalent to about 1.3% of the total assets of APSEZ."

Notably, KLP Fund was holding 1.05 lakh equity shares (0.005% of paid-up capital) as of March 31, 2021. Adani Ports said, "We are unable to comment on the divestment made by the KLP Fund as the Funds decide the investment plans basis
their internal policy."

Adani Ports concluded by saying, "At this point in time, there is no event/information that requires disclosure. However, the Company shall make appropriate public disclosures in accordance with the SEBI (Listing Obligations and Disclosure Requirements) Regulations, 2015
and other applicable laws as and when there is a disclosable event."