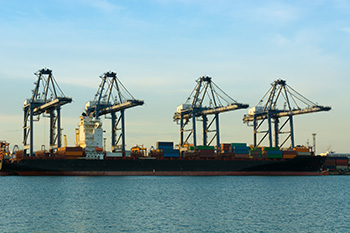 On Monday, investors continued to have bullish sentiments on the stock price of Shipping Corporation of India after it recorded growth on both bottom-line and top-line fronts during March 2020 (Q4FY20) period. The company's stock has gained by nearly 7% on Sensex, by touching an intraday high of Rs50.45 per piece before correcting.

In Q4FY20, the company recorded a consolidated net profit of Rs111cr which rose by 83% from Rs60.68cr posted in the corresponding period of the previous year.

Consolidated total income increased to Rs1,391.85cr for the period against Rs1,068.62cr a year ago same period.

During the quarter, the company sold its vessel MT. Maharaja Agrasen DWT 1,47,474. The Memorandum of Agreement (MOA) was signed with the buyer on March 19, 2020, and The instrument of Sale was released to the buyer on March 26, 2020.

Talking about the MoU, Shipping Corporation in the audit report said, " In view of the worldwide pandemic due to spread of Covid-19, Sri Lanka had imposed nationwide lockdown and curfew, during which signing off and landing of our crew in Sri Lankan territory was banned by the local authorities. Thereafter the physical delivery of the vessel to buyer finally took place on 27.04.2020 at Galle
anchorage (Sri Lanka)."

On the Covid-19 outbreak, the company said, "has assessed the overall impact of the situation in March 2020 itself and had taken effective measures to minimise disruption to operations and ensure that the business remains viable during the virus outbreak and thereafter."

Although revenue remains unaffected from the pandemic in Q4, yet, the company added, " there was a sudden drop in the crude oil prices,
which touched historically low levels. Adding it said, " This led the Company to write down its inventories by Rs829.14 lakhs and corresponding impact are disclosed as expense in the Statement of Profit and Loss."

Further, Shipping Corp in the statement said, "The Management based on its assessment has estimated its future cash flows for the Company which indicates no major change in the financial performance as estimated before COVID-19 and hence, the Company believes that there is no impact on its ability to continue as a going concern and meeting its liabilities as and when they fall due."

At around 2.11 pm, the stock price was performing at Rs49 per piece up by nearly 4% on Sensex.