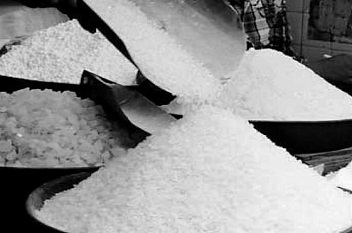 Indian sugar stocks witnessed a bittersweet movement on Wednesday after a report stated that the government is expected to withdraw export subsidies in this sector from the new season starting October this year.

After a sweet session on the previous day, trading in sugar stocks turned broadly sour today.

At around 11.50 am, Balrampur Chini was trading at Rs362.20 per piece up 0.6%, while Eid Parry and Dalmia Bharat Sugar traded. Triveni Engineering & Industries and Bannari Amman Sugars was 0.8% up each.

On the contrary, Shree Renuka Sugars and Bajaj Hindusthan Sugar traded lower by 3.4% and 4.4% respectively, while Andhra Sugars dipped over 1% and Dhampur Sugar dived 0.7%. Uttam Sugar declined by nearly 1%, while Dwarikesh Sugar and DCM Shriram slipped by nearly 2% each. Avadh Sugar & Energy was in red but on a flat note.

The majority of sugar stocks were in red, while the stocks that witnessed upside had a limited demand.

Reuters reported that the government is expected to withdraw sugar export subsidies from the new season beginning October as a sharp rise in global prices makes it easier for mills to sell the sweetener on the world market, a top government official said.

In an interview, Sudhanshu Pandey, the most senior civil servant at the ministry of consumer affairs told Reuters that the "government is not considering any subsidy at the moment for next year."

He said in the interview that under current circumstances, as we see the scenario, there appears to be no need to have the support of the subsidy.

He added that if exports can happen on their own, then it's also better for the global market that no subsidy is provided.

On Tuesday, shares of Sugar companies closed higher after the raw sugar price has reached 4.5 years high due to a fall in supply, which is impacted due to reduced production in Brazil.