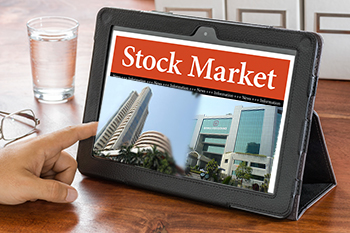 Check out the companies which will be in focus during trade today based on recent and latest news developments.

Tata Power : The company will buy 25% of Resurgent Power for $300 million as part of a consortium to primarily buy both coal-fired and hydro power assets in India, besides looking at power transmission companies, as per media report.

Fertiliser stocks: Union Minister of State for Chemical and Fertilizer Hansraj Gangaram Ahir said that it will not increase the prices of urea for the next 3 years.

​​Crompton Greaves Consumer Electricals Ltd: The company said HDFC Mutual Fund has trimmed its stake in the company by 2.01% to 7.20% by sale​ of​ shares worth ​Rs.​168 crore in the open market.

Bharti Infratel: The telecom company will buy back shares worth Rs.2,000 crore from shareholders.

Aditya Birla Nuvo: Aditya Birla Nuvo announced in reference with the Joint Venture Agreement entered into by the Company with MMI Holdings, a leading South African Insurance based financial services group, to enter into the Health Insurance and Wellness business in India, subject to the regulatory approvals.

Dewan Housing Finance Corporation Ltd: The Company proposes to issue Secured Redeemable Non Convertible Debentures amounting to Rs. 400.00 Crore and a Greenshoe option up to Rs. 175.00 Crore on Private Placement basis, pursuant to special resolution passed by the shareholders of the Company at the 31st Annual General Meeting held on July 23, 2015, on the terms and conditions.

HDIL: The real estate company is in talks to sell 3-4 land parcels near Mumbai as it looks to bring down its net debt to about Rs.2,000 crore by the end of this fiscal.

Union Bank of India: The Bank intends to raise capital funds through issuance of Tier 2 bonds. In this regard, CRISIL Ratings has assigned 'CRISIL AAA' rating with negative outlook to the Bank's proposed Basel III compliant Tier 2 bond issue of Rs. 1000 crore.

Kwality Ltd :The board has approved raising up to Rs.60 crore by way of preferential allotment of equity shares, convertible warrants and compulsory convertible debentures from "persons/entities other than promoter group".

Union Bank of India: The bank is planning to raise funds through the issuance of Basel III-compliant tier-II bonds.