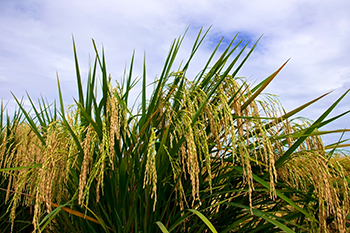 Domestic agrochemical players are likely to report subdued earnings for the quarter on account of decline in rabi acreage (down ~5% yoy) and below average rainfall (~44% below). Further, below average kharif season has also led to decline in the farm income across various states. Agro-players with global presence and export revenues in areas like Latin America (LatAm) are expected to witness higher volumes backed by filling up channel inventory.

However, we expect marginal moderation of input cost pressures with decline in crude oil prices (~20% mom) and INR appreciation vs. USD to be significant tailwinds for agro-input players. Although, with benign realisation level in domestic markets due to lower acreage and farm income, we expect margins to shrink during the quarter.

We expect the integrated global players having presence across the value chain like UPL to report stable performance on account of the supply tightness witnessed in the broader chemical industry.

Fertiliser volumes have also likely fallen by ~8% yoy in Q3FY19, with urea volumes down 6%, DAP down 15%, and NPK down 4% yoy.
Thus, fertilizer companies like Coromandel International and GSFC are likely to report subdued performance under this segment.


PI Industries is expected to witness revenue growth of 18% yoy on account of traction under CSM export revenues and outperformance under domestic market vs. the industry. We expect EBITDA margin to expand by ~120bps yoy with improvement in sales mix and price hikes across products. We estimate PAT to increase by 13% yoy, lower than EBITDA growth, on account of increase in effective tax rate as compared to corresponding period of previous year.


Godrej Agrovet is expected to witness 12% yoy growth in revenue led by traction under palm oil business due to postponement of the season and strength under foreign agro-chemical business. We expect expansion in EBITDA margin on account of improvement in sales mix and cost-optimization initiative. We estimate PAT to rise by 20% yoy led by higher EBITDA and stable other income.


UPL's revenue growth is estimated at 13% yoy backed by strong volumes in Latin American market. However, Brazilian Real depreciation vs. INR to partially drag down LatAm growth. Rupee depreciation vs. EUR and USD should lead to further benefit in the top-line. EBITDA margin is expected to increase yoy by ~69bps on account of improvement in geographic mix. We expect PAT to witness moderation due to normalization of tax rate, higher interest cost (previous period had f/x gain of Rs62cr). It may witness foreign exchange loss on foreign currency borrowings due to rupee depreciation.


Coromandel International is expected to post 16% yoy revenue growth yoy in Q3FY19 on account of price increases especially under nutrient and other allied segments. Lower accreages under the rabi season is likely to lead to decline in the fertilizer sales volume during the quarter. We expect cost presures to ease off during the quarter. However, lower operating leverage due to subdued season and high channel inventory (excluding likely impact arising from forex gains) is likely to lead to decline in EBITDA margin by ~400bps yoy. The PAT is expected go down by 38% on account of the above factors.