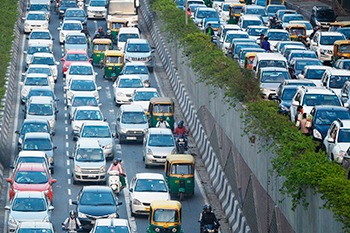 We expect Auto OEMs to exhibit weakness at the top-line and EBITDA level in Q3FY19. Top-line growth is likely to be affected by several factors such as weak festive off-take, higher fuel prices, system-wide liquidity crunch, and the rise in price of vehicles due to higher insurance costs.

Margins are likely to be affected due to rising commodity prices, a weak rupee, lower operating leverage, and higher discounts. While crude oil prices have corrected recently and the rupee has stabilized, Q3FY19 will bear the full brunt of all the abovementioned factors.

The coming together of these factors is expected to lead to a significantly weak quarter for the sector. The street will look out for management commentary indicating any green shoots, price hikes, or normalization of demand. We expect Q4FY19 to be better as low input prices and diminishing discounts are expected to boost margins.

Within individual companies, we expect Bajaj Auto Limited (BJAUT), Hero MotoCorp Limited (HMCL), Ashok Leyland Limited (ALL) and Maruti Suzuki India Limited (MSIL) to report EBITDA margin contraction between ~160–365bps yoy in Q3FY19. We expect HMCL, ALL and MSIL to see margin contraction due to lower volumes and diminishing operating leverage and BJAUT to see margin pressure despite strong volumes due to its aggressive pricing strategy.

Further, we expect Eicher Motors Limited (EIML) (consolidated) and Mahindra & Mahindra Limited (M&M + MVML) to maintain margins or see a minor margin contraction. Stable volume growth for Volvo Eicher Commercial Vehicles (VECV) and higher realizations in Royal Enfield (RE) will likely save the day for EIML, though the company is clearly not out of the woods. It has a huge task on hand with respect to getting RE volumes back on track, ensuring that the latest launches (650cc Twins) register success, as well as lowering discounts in case of VECV. M&M is likely to be relatively better-off, given that it has a well-diversified product portfolio spanning various categories. The progress of recent launches and demand trajectory in tractors will be keenly watched.

Among the companies mentioned in this report, only TVS Motor Company Limited (TVSM) and Escorts Limited (Escorts) are expected to see margin expansion of 22bps yoy and 66bps yoy, respectively. A richer product mix (greater proportion of exports and 3Ws) is expected to boost margins for TVSM, while strong volume growth is likely to drive margin expansion for Escorts.

BJAUT is expected to see top-line growth of ~16% yoy (down ~8% qoq) led by strong volume growth of 26% yoy (down 6% qoq). Motorcycle volumes have grown at a strong ~32% yoy (down ~4% qoq) as the company resorted to an aggressive pricing strategy to push volumes and shore up market share. Three wheeler (3W) volumes showed signs of fatigue in November 2018 and December 2018 after growing at a healthy clip over past 15 months. Realization is likely to drop ~8% yoy (~2% qoq) in Q3FY19 owing to weaker mix (higher proportion of entry-level motorcycles). Consequently, EBITDA margin is expected to contract 364bps yoy (113bps qoq) as a weaker revenue mix may affect gross margins and reduce operating leverage.


We expect HMCL to report revenue growth of ~5% yoy (down ~16% qoq), led almost entirely by volume growth (up 5% yoy, down 16% qoq). This was the weakest quarterly volume growth for HMCL in seven quarters, as festive volumes were partially captured in Q2FY19 as well. The EBITDA margin is expected to contract 158bps yoy (89bps qoq) due to a negative operating leverage and weak rupee. Higher discounting in the festive season is likely to be partly offset by price hike. A&P expenses are expected to be seasonally higher in H2 compared to H1, which could further affect margins.


TVSM revenue is expected to grow at an impressive ~25% yoy, led by 20% yoy (down 9% qoq) volume growth and 4% yoy (1% qoq) realization growth. TVSM had a better volume mix in Q3FY19, which will propel realization to Rs46,395, the highest in at least 17 quarters. Exports (up 26% yoy) and 3Ws (up 47% yoy) grew at a faster pace compared to overall volumes. We expect higher gross margins and better operating leverage to translate into a 22bps yoy margin expansion (58bps qoq margin contraction).


Weak volumes for both the entities in Q3FY19 – RE (down 6% yoy, 7% qoq) and VECV (up 4% yoy, down 9% qoq) are likely to result in single digit revenue growth at the consolidated level. We expect realization for RE to grow at ~9% yoy (4% qoq) owing to the introduction of models with disc brakes and ABS. Realization for VECV is expected to remain weak (down 2% yoy, 2% qoq) due to the high level of discounting prevalent in the CV space. Lower operating leverage and costs related to the launch of 650 Twins may result in consolidated EBITDA margin contraction of 52bps yoy (expansion of 37bps qoq).

Volume growth in Q3FY19 was mixed; M&HCVs declined 22% yoy (down 30% qoq), PV growth was subdued at 9% yoy (down 5% qoq) while tractor growth resumed to 11% yoy (16% qoq) after a 4% yoy slump in Q2FY19. We expect the EBITDA margin to remain flat, given that discounting in the automotive segment will be offset by a greater proportion of tractors. We expect weakness in automotive segment margins due to weak volumes, year-end discounting, and launch-related expenses of Marazzo and Alturas G4.


MSIL is expected to report flat revenue yoy (down 13% qoq); the lowest in multiple quarters, due to weak volume in Q3FY19 (down ~1% yoy, 12% qoq). The volume mix was favourable during the quarter, with a lower proportion of Mini segment and greater proportion of compact segment, Ciaz and vans. However, realization growth is likely to be restricted to 2% yoy (down 2% qoq) due to high year-end discounting. Weak volumes and higher commodity prices are expected to reduce operating leverage, leading to a 249bps yoy margin contraction (203bps qoq) in Q3FY19.


We expect single-digit consolidated yoy top-line growth for TTMT due to weak volumes for Jaguar Land Rover (JLR) coupled with high discounting for the standalone entity. JLR volumes have been affe cted by buying postponement in China, weak demand for diesel vehicles in the UK, and uncertainty surrounding Brexit. We expect margin contraction on a standalone basis as well as for JLR, due to lower operating leverage and higher R&D expenses.