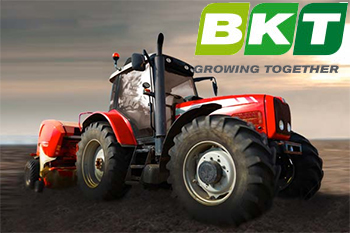 The company will invest Rs700cr for developing a greenfield tyre plant in the US and another Rs1,000cr for its India operations.

Shares of off-highway tyre maker Balkrishna Industries Limited (BKT) tanked ~8% to the lowest point of the day as the company’s Board of Directors approved a capex plan of Rs1,700cr.

Of this amount, ~Rs700cr ($100mn) will be spent on setting up a greenfield tyre plant in the US through a wholly owned subsidiary. Further, Rs1,000cr will be spent towards increasing capacity in Waluj and Bhuj in India.

The capex plans in India and the US will be completed within a period of 30 months. The ambitious capex announcement spooked investors, leading to a huge decline in the stock price.

As per its press release, the company has received board approval for setting up a 20,000MT per annum plant in the US through a wholly owned subsidiary to be set up in the future. The project will be funded via investments from BKT and local debt.

In India, BKT will set up a greenfield project in Waluj (Maharashtra) on a freehold land of 22 acres owned by the company which is within a 5km radius of the current plant location. The capex at Waluj will be ~Rs500cr including a co-generation plant and in-house warehousing facilities for raw materials and finished goods.

The new facilities will enhance the company's operational efficiencies leading to recurring savings in operations. The existing plant will continue to operate till the new plant becomes operational. There would be no change in the capacity. Further, Rs500 cr will be utliized in setting up new line in Bhuj (Gujarat) to manufacture 5,000MT of layers of All Steel Radial OTR Tyres per annum. An additional mixing line will also be set up in Bhuj.

As on March 31, 2018, BKT had a debt of Rs868cr (long term + short term) on its consolidated balance sheet and cash and liquid investments worth Rs517cr. Over the past five years, BKT has successfully reduced debt on its books from Rs2,400cr in FY14 to Rs868cr in FY18. The D/E ratio also declined dramatically from 1.3x in FY14 to 0.2x in FY18. The recent capex announcement will lead to a spike in its debt profile and could strain cash flows over the next 2-3 years. This expectation has led to a dramatic correction in the stock price.