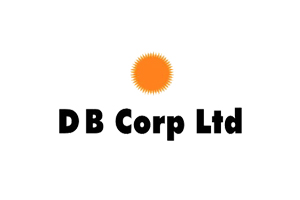 The Board has considered and recommended the final Dividend of Rs3 per share on the face value of Rs10 per share.
Radio Business in FY21, Net Profit came in at Rs7.4cr versus Net profit of Rs19.8cr. Advertising Revenue at Rs83.1cr versus Rs139.1cr last year. EBIDTA at Rs16.7cr versus Rs43.1cr.

“While we look back at Fiscal 2021, it has been an extremely unprecedented year by all accounts. For the Print Industry, it has also been a year of reaffirmation of the fact that the Indian reader is extremely discerning and values good editorial ethos. This also validates our core principle that we have been following for the last many decades - Courageous Journalism is difficult and if done well is the most sustainable path for the future,” Sudhir Agarwal, Managing Director, DB Corp Ltd, said.

“It has also reaffirmed the changing dynamics of the Print Industry with Indian language newspapers doing significantly better than our English counterparts and outstripping them not only in circulation numbers, but in advertising revenues as well. We are happy to reiterate that the un-metro path chosen by our Founder and solidified by the Company over the past few years is continuing to fructify. Our digital efforts are also beginning to see traction and we are confident that we will continue to deliver quality journalism through all medium,” Agarwal added.