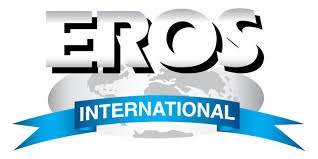 Eros International Media Ltd has informed that the Board of Directors on Tuesday, August 31, 2021 has appointed Manmohan Kumar Sardana as an Additional Director and Non-Executive Independent Director on the Board of the Company with immediate effect i.e. from August 31, 2021.

Sardana shall hold the office as an Independent Director for a period of 5 years subject to the approval of Shareholders at the ensuing Annual General Meeting of the Company.

Manmohan Kumar Sardana was serving as -teaching assistant in the Physics Department of the Panjab University from 1965 to 1967,.thereafter he joined the Indian Administrative Service (IAS) in 1968 and was allocated to the West Bengal Cadre.

After serving in different capacities in the State of West Bengal and in various Ministries of the Government of India, Sardana retired from the service finally in 2004 as Secretary Ministry of Corporate Affairs. He joined as Member, MRTP Commission soon after his retirement i.e., in 2004 and finally completed his tenure in the MRTP as its acting Chairman in 2009.

He remained Ex-officio Member of SEBI, during his tenure as Secretary, Ministry of Corporate Affairs.

From 2010 till March 31, 2021, Sardana has been a Visiting Fellow at the Institute for Studies in Industrial Development (ISID) advising on public policy issues.